How Did You Spend Your Stimulus Check? 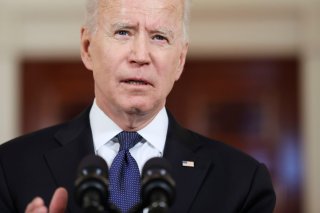 The latest round of stimulus payments authorized under President Joe Biden’s coronavirus relief package helped some families facing financial hardship stock cash in their savings, while others immediately sent the direct aid toward bills.

Biden’s American Rescue Plan sent $1,400 to individuals making less than $75,000 in adjusted gross income and married couples earning under $150,000, as well as an additional $1,400 per child, including dependents 17 and older.

The additional direct relief is a separation from the first two rescue packages, as the December measure didn’t send money to dependents 17 and older and as the Cares Act passed in March 2020 sent children a smaller amount.

A recent study by the University of Michigan unveiled that the stimulus payments, along with the additional dependent aid, significantly reduced hardship for families, as food insufficiency declined forty-two percent from December through April. The study, which used Census Bureau data for its analysis, also found that financial instability dropped forty-three percent for families with children between the same time period.

The authors of the study pointed to the stimulus payments as a major factor in reducing financial and mental hardship.

“When the federal government took action in the form of robust, broad-based cash income transfers that responded to macroeconomic conditions, hardship was held at bay and by some estimates even declined,” the co-authors wrote in the study.

Some families tried to save the pandemic aid.

Laurynn Vaughn, 37, told CNBC that she wanted to save the direct payments, but by the time the stimulus money arrived, other expenses swelled up.

“I’m definitely in a better place, but I’ve not met my goals,” Vaughn, the mother of two daughters aged four and five, said, noting that she was able to save roughly half of the money.

Other families decided to use the stimulus payments to help their children adjust to the remote instruction lifestyle, purchasing school supplies and needed furniture, like a desk.

Some families, however, were hit hard by the economic crisis triggered by the pandemic, especially those with parents in the hospitality, restaurant, and bar sectors of the economy.

Brittany Baker, thirty-six, who was furloughed from her occupation as a housekeeper, immediately used the relief for rent that she had owed, according to CNBC.

Baker is a mother of three children, all under the age of five, with another child due in August.

While it’s unlikely that there will be a fourth stimulus payment from the federal government, eligible families are set to receive the monthly child tax credit payments from the IRS, which will first be issued on July 15.

The monthly payments will range from $250 to $300 and will continue through December. The rest of the credit will be available when families file their tax returns next year.