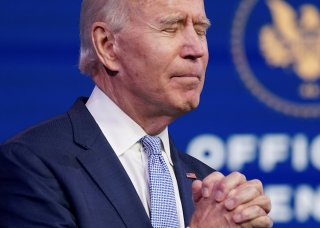 With the Social Security Administration’s (SSA) recent announcement that approximately seventy million Americans will soon receive a 5.9 percent cost of living adjustment (COLA), many Social Security beneficiaries have now pivoted their collective attention to figuring out exactly how much of a boost they are in line for.

According to the latest calculations, the nearly six-percent bump—the largest seen in about four decades—is expected to raise retirees’ monthly payments by roughly $90 to an estimated average of $1,657 starting in January. A typical couple’s benefits will climb by about $150 to $2,754 per month, and disabled workers who receive benefits will see an average increase of $76 per month.

“The guaranteed benefits provided by Social Security and the COLA increase are more crucial than ever as millions of Americans continue to face the health and economic impacts of the pandemic,” noted AARP CEO Jo Ann Jenkins in a statement.

“Social Security is the largest source of retirement income for most Americans and provides nearly all income (ninety percent or more) for one in four seniors,” she added.

However, the meager annual increases in Social Security benefits over the past decades have not fared well versus fast-rising costs of goods and services. According to the Senior Citizens League, since the year 2000, Social Security benefits have shed about 30 percent of their overall purchasing power due to adjustments that have vastly underestimated inflation and rising health care costs.

“While the high COLA is welcome, we have received hundreds of emails from retired and disabled Social Security recipients who say that the low COLAs in recent years have not kept pace with their rising costs. That has made it more difficult for many to cope with the rampant inflation of 2021,” Mary Johnson, the Social Security and Medicare policy analyst for the Senior Citizens League, recently told CNN.

“The COLA is paying for inflation from last year—not for future years,” she continued.

“When you use the cost-of-living adjustment for workers, you’re under-measuring and that’s why they’ve been eroding over time,” she told KDKA.

“The base benefit by virtually any standard is inadequate in terms of absolute amount, about $1,500 a month average, which means an awful lot of people receive less than that,” she added.