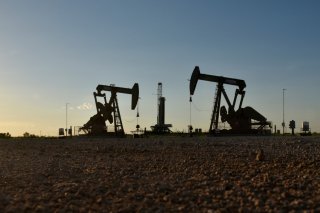 Editor’s note: This article is part two of a four-part series that The National Interest is running on sovereign wealth funds. You can find part one here. Check back with the author for more.

The Northwest Ordinance instituted a more formal mechanism by which states were able to apply for entrance as an associate state in the Union. Each territory applying for statehood would need to have an Enabling Act which would set out the specific land grant for the maintenance of a public school system. These early attempts to provide for a public school system did not provide for a legal trust fund for the maintenance and investment of any income derived from these plots of land. The incoming states also had considerable leeway in deciding what to do with these specific land grants and how to manage them.

Many states immediately sold these parcels of land to raise money for the establishment of the public school system in the new state. It would not be until 1835 that the territory of Michigan established the first permanent fund. Other states entering the Union followed Michigan’s example, but it was not until 1875 that the federal government specifically told the territories entering the Union how they would need to exploit the lands for the use of public education.

Many oil-producing companies felt that the severance tax was unconstitutional and began a series of lawsuits. In 1981, the Supreme Court of the United States ruled in Commonwealth Edison v. Montana that the state of Montana had the right to impose such a tax on oil companies.

In 2009, House Concurrent Resolution No 3054 was passed by the North Dakota Legislature, putting the question to the people of North Dakota on the 2010 ballot on whether to create the North Dakota Legacy Fund. The ballot measure known as Constitutional Measure One was passed by the voting public on November 2, 2010. As a result of the vote, thirty percent of the oil and gas tax collected by the state of North Dakota was to be placed into a special fund known as the “Legacy Fund.” Included in the constitutional amendment was the proviso that neither the principal nor the earnings of the fund could be expended until 2017. This was done to allow the balance to grow. The fund’s charter states that any interest earned up to 2017 would become a permanent part of the Legacy Fund and could not be spent. Earnings after 2017 are transferred to North Dakota’s General fund for assisting the state’s governmental operations. Under a constitutional amendment, a vote of two-thirds is necessary for the state to use the fund’s principal. If such a vote passes, only 15 percent of the principal may be used in any fiscal year. The Retirement and Investment Office is responsible for the investment of funds. As of June 2020, the fund was worth just over $7 billion. An article in Grand Forks Herald has the Republican Party of North Dakota proposing that the state’s already low state income tax be abolished and that the state government operations would be funded by sales and property taxes and the Legacy Fund.  The North Dakota Legacy Fund is ranked number forty-six in the Sovereign Wealth Fund Institute (SWFI) index.

In 1978, a major offshore natural gas field in Mobile Bay, Alabama was discovered, and the state government received bids of $449 million for the right to develop this gas find. This $449 million was used to fund the establishment of the Alabama Heritage Trust Fund (AHTF) in 1982. The AHFT’s income was used to finance a $520 million bond issue for capital state outlays. In 1984, the state of Alabama received an additional $347 million for additional leases. The Alabama Trust Fund (ATF), which was established in 1985 by Amendment 450, grew out of the AHTF. This amendment also terminated the AHTF, and the funds from the AHTF were transferred to the ATF.

99 percent of the royalties paid to the state of Alabama go to the ATF, with one percent being allocated to the Department of Conservation-Lands Division. Amendment 450 also directed that, beginning in fiscal year 1989-1990, one percent of the trust income received by the state of Alabama will be placed into the principal portion of the ATF until a maximum of 10 percent is placed into the ATF on an annual basis. The remaining trust fund income is then paid into Alabama’s general fund for expenditure by the state government. The fund and disbursements of the fund have been changed several times.

The ATF is managed by a board of trustees which are comprised of the governor, the state treasurer, the director of finance, three trustees appointed by the governor, two trustees appointed by the lieutenant governor, and one trustee appointed by the speaker of the House of Representatives. The governor, the state treasurer, and the director of finance each serve as a trustee ex officio and as an officer of the board of trustees. The trust’s investment portfolio is spread between domestic fixed income, large and international equity markets, real estate, and other investment instruments. As of May 16, 2019, the fund had a value of $3.17 billion.  The Alabama Trust Fund is ranked fifty-sixth on the SWFI list.

The Utah State School Trust Fund was established with the Enabling Act upon Utah’s admission as an associate state in the Union of the United States of America in 1894. Under Section 10 of the Enabling Act, a Permanent School Fund was established. Under the School Land Trust Program, investment earnings from the Fund are distributed to every school in Utah based on a per-pupil formula. Investments for this fund are handled by the Utah School and Identification Trust Funds Office (SITFO).

The Common School Fund was born following Oregon’s entrance into the association of states of the Union of the United States. The act of Congress admitting Oregon into the Union in 1859 granted sections sixteen and thirty-six of every township for the use of schools. Nearly 3.4 million acres of land came under the ownership of the state. Distributions from the Common School Fund came to $100 per student in 2018.

The Louisiana Education Quality Trust Fund (LEQTF) was established in 1986 by popular vote to improve the quality of education in Louisiana. The LEQTF receives its funding through the Federal Outer Continental Shelf Lands Act. The funds from the LEQTF are deposited into the “Permanent Fund.” Once the money has been transferred to the Permanent fund, 75 percent of the income generated from investments as well as royalty income along with 25 percent of the earnings from net capital gains and losses are transferred to a different fund known as the Support Fund, commonly known as the 8(g) fund. The Permanent Fund retains 25 percent of the investment funds and royalty income. 75 percent of the earnings from net capital gains and losses are also retained by the Permanent Fund. The Support Fund makes annual monetary allocations to two state agencies: The BESE for pre-kindergarten to twelfth grades, and Regents for all public higher education. The LEQTF at the end of fiscal year 2019 had a valuation of $1.5 billion. The LEQTF is ranked sixty-sixth by the SWFI.