How Will the Democrats Pay For Their Spending Bill? 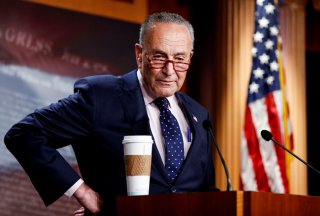 The Democrats in Congress are seeking to advance their $3.5 trillion spending package, which is a version of President Biden’s proposed American Families Plan. The Senate, per CNBC, passed the first framework for the reconciliation bill on August 11.

“The Democratic budget will bring a generational transformation to how our economy works for average Americans,” Senate Majority Leader Chuck Schumer (D-NY) said after the passage of the framework earlier this month.

The final proposal does not yet have a finished legislative test, although Democrats have released frameworks listing the major highlights.

Also not certain is how exactly the package would be paid for, although Business Insider recently looked at that question. One possibility is to raise the corporate tax rate, with Biden proposing to increase it from the current twenty-one percent to twenty-eight percent, while more moderate Democrats like Joe Manchin of West Virginia are said to favor a rate closer to twenty-five percent. It has also been proposed to raise taxes on the wealthiest Americans.

Some have also proposed changing the way U.S.-based terms are taxed based on where they earn profits. Three senators, Ron Wyden (D-OR), Mark Warner (D-VA) and Sherrod Brown (D-OH) have introduced a framework to do just that.

“While working families have struggled to get ahead, companies that saw their taxes cut in half are doing better than ever before, and paying less in taxes than any time since World War II,” Wyden said in a statement. "To right the ship, we're ending incentives to ship jobs overseas and closing loopholes that allow companies to stash their profits in tax havens.”

NBC News quoted an American Enterprise Institute follow as stating that “The international provisions, at most, will raise around $800 billion.”

This would, per Insider, be enough to “finance two $1,400 stimulus checks similar to the ones most Americans received in the $1.9 trillion Biden stimulus law during the pandemic.”

However, additional stimulus checks are not part of the proposal for the reconciliation package, nor are they part of the bipartisan infrastructure framework that was passed by the Senate earlier this month.

There does not appear to be much political will for an additional round of checks, as the Biden Administration has not pushed the idea, nor does it appear to have enough support in Congress for such checks to pass.