Inflation and Gas Prices to Cost Americans an Extra $3,000 This Year 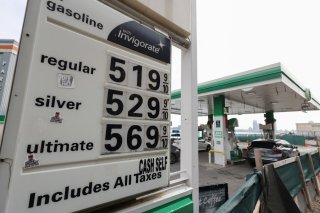 As of Wednesday, regular-grade gas prices across the nation have surged to an all-time high of $4.25, according to the American Automobile Association. And some parts of the country are already seeing $5-plus gas.

Adding to the misery is the fact that high inflationary pressures are also seen in other sectors and commodities, which only means that Americans’ pocketbooks will continue to be hit hard going forward.

In fact, according to Yardeni Research, the rising costs for gas and food could potentially amount to “$3,000 less money” for the average American household. “The nearby futures price of a gallon of gasoline soared 59 percent ytd through March 4, implying that gasoline now costs the average household almost $2,000. … We estimate that the average household is currently spending at least $1,000 (according to a seasonally adjusted annual rate) more on food as a result of rapidly rising grocery prices,” Edward Yardeni, the president of the firm, wrote in a social media post. “That’s $3,000 less money that households have to spend on other consumer goods and services, which also are experiencing rapid price increases,” he continued.

Moreover, a new report from Sen. Mike Lee (R-Utah), a ranking member of the Joint Economic Committee, showed that “on average, American families are paying about $385 more a month for just about everything, but for some, costs are even higher,” according to Fox Business. “They see a risk that inflation will remain higher than previously expected over the next three years, coming largely from the labor market,” David Altig, president of the National Association of Business Economics and executive vice president and director of research at the Federal Reserve Bank of Atlanta, said last month, per Fox. “More than two-thirds of survey respondents cite rising wages as a risk factor,” he continued.

As for the rising gas prices, it appears that they won’t be slowing or reversing anytime soon. “Americans have never seen gasoline prices this high, nor have we seen the pace of increases so fast and furious,” Patrick De Haan, head of petroleum analysis at GasBuddy, said in a statement.

“It’s a dire situation and won’t improve any time soon. The high prices are likely to stick around for not days or weeks, like they did in 2008, but months. GasBuddy now expects the yearly national average to rise to its highest ever recorded,” he added.

In response, Americans, along with Europeans, are already taking action to minimize the economic burden of driving, according to new research from AutoInsurance.com.

The site found that nine in ten drivers are at least slightly concerned about being able to afford gasoline if prices continue to rise, and to deal with the surging prices at the pump, 45 percent of drivers admitted they have reduced the amount and length of trips they take.

In addition, 21 percent of respondents said they have traded driving for walking or bike riding to counter gas costs.