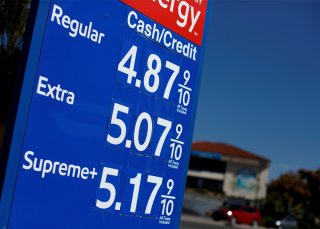 While it’s been well documented that the current red-hot inflation has made everything from groceries to used cars more expensive, what often gets left out is the fact that Americans’ wages have not kept pace—amounting to a nearly 2 percent smaller paycheck for the average worker.

“Employers have raised wages at about the fastest rate in 15 years, as they compete for talent amid record job openings and quit levels. But consumer prices for goods and services are rising at their fastest annual pace in four decades, eroding those gains for many Americans,” CNBC reported.

There is hope that the trend is finally reversing. The average worker saw wages outpace inflation by 0.1 percent from December to January, which marked a second straight month that “real” earnings slightly improved.

However, it appears that the damage already has been done to the psychology of many Americans.

“The pandemic has leveled the field for financial anxiety across the board—it impacted everyone,” Erika Wasserman, a financial therapist and founder of Your Financial Therapist, told NextAdvisor.

“This survey is really showing that there’s a lot of financial anxiety that’s caused by inflation, market volatility and just that uncertainty coming out of the pandemic and the impact that that’s had on everyone in their everyday lives,” Celeste Revelli, a certified financial planner and director of financial planning at eMoney, told CNBC.

Lack of Preparation for Future

The survey also revealed that 35 percent of respondents have no investments at all even though investing could help out greatly during high-inflation periods.

“What we’re uncovering here is a deeper need for Americans who currently aren’t being served by financial services,” Revelli said.

“There’s maybe barriers they’re dealing with, such as living paycheck to paycheck and not being able to save or invest,” she concluded.