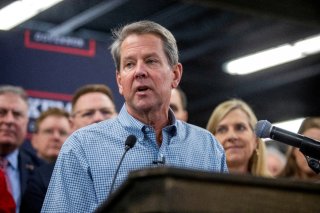 As inflation continues to stay above 8 percent year-over-year, residents of Georgia will be getting some much-needed help as soon as this summer.

According to WRDW/WAGT in Atlanta, the Georgia Department of Revenue will begin issuing special, one-time tax refunds as part of House Bill 1302, which Gov. Brian Kemp recently signed into law.

For residents who filed their 2021 tax returns on time, the vast majority of refunds are expected to be issued by early August.

“Due to years of responsible, conservative budgeting and our measured reopening that prioritized protecting both lives and livelihoods, Georgia is in a position to issue these one-time refunds,” Kemp said, per the news station.

“As hardworking Georgians face rising inflation caused by failed federal government policies, we are doing what we can to provide relief by returning their money back into their pockets,” he continued.

Meanwhile, similar to Georgia, Gov. Jared Polis announced last month that millions of Coloradans would receive a $400 payment this summer through the Colorado Cashback program. But now, that figure has been bumped up to $500 per individual.

“We are certain based on conversations with DOR [Department of Revenue] and OSPB [Office of State Planning and Budgeting] that the rebate checks will increase, and we believe we’ll have a solid number to report by the date the bill is signed,” Jarrett Freedman, communications director for the Colorado House Democrats, told KKTV in Colorado Springs, Colorado.

“The administration estimates it will be at least $500 for single filers and $1,000 for joint filers,” he added.

However, in California, those who are expecting their $400 tax rebate per vehicle in the form of a debit card might now have to wait until October. According to a report from the Bay Area News Group, Gov. Gavin Newsom placed some of the blame on the state’s Democratic leadership for “outlining a plan that would funnel $8 billion through the Franchise Tax Board, when he said could add months to the refund timeline.”

Furthermore, it was reported that the governor and California’s Democratic leaders still have not come to an agreement on whether the money should go to residents regardless of income levels—which Newsom favors—or be targeted more toward only lower-income residents.

The rebate is part of an $11 billion package that aims to help residents deal with fast-rising prices at the pump, which have climbed to a statewide average of $5.85 per gallon, according to AAA data.