Inflation Woes: 64% of Americans Are Living Paycheck to Paycheck 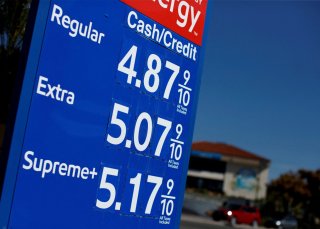 As inflation continues its relentless trek upward, the number of Americans living paycheck to paycheck is on the rise.

According to new research by LendingClub, 64 percent of Americans were living paycheck to paycheck at the start of this year—which was up 3 percentage points from December.

“Wages are up 5.1 percent over the past year, which is trailing the pace of inflation,” Bankrate.com senior economic analyst Mark Hamrick told CNBC.

“Indeed, surging prices are stealing the show on the minds of consumers,” he continued.

The data also pointed to the fact that even among individuals with six-figure salaries, 48 percent of respondents also noted that they are living paycheck to paycheck. In December, that percentage was sitting at 42 percent.

“With inflation up 7.5 percent in the last 12 months, consumers of all income brackets are struggling to find a way to make ends meet,” Anuj Nayar, Financial Health Officer at LendingClub, said in a statement.

“Every day we see Americans relying on credit cards as a crutch, which is a horrible way to borrow money if you don’t intend to pay off the entire balance at the end of every month,” Nayar added.

Amid the Russian invasion of Ukraine, fast-rising food and gas prices have weighed heavily on the pocketbooks of many Americans. In fact, according to Yardeni Research, the elevated costs for gas and food could potentially amount to “$3,000 less money” for the average household.

“Gasoline now costs the average household almost $2,000 … We estimate that the average household is currently spending at least $1,000 (according to a seasonally adjusted annual rate) more on food as a result of rapidly rising grocery prices,” Edward Yardeni, the president of the firm, wrote in a social media post. “That’s $3,000 less money that households have to spend on other consumer goods and services, which also are experiencing rapid price increases.”

In addition, new research from AutoInsurance.com is indicating that Americans and Europeans are already taking action to minimize the economic burden of high gas prices—as the data showed that 45 percent of drivers admitted that they have reduced the amount and length of car trips.