Is Investing in Cryptocurrency a Good Idea? Your Questions Answered. 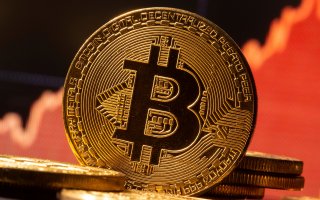 After the passage of President Biden’s American Rescue Plan in March 2021, most adult Americans received $1400 stimulus checks from the Internal Revenue Service. It is not yet known what they spent the payments on. While the initial stimulus payments were mostly used to meet immediate expenses such as food and rent, and there has been a strong correlation between the issuing of stimulus payments and decreases in food insecurity, a year into the pandemic most Americans are more secure than they were at its beginning, with some reports indicating they have used their payments to cover longer-term debts such as credit card debts and other loans.

There has been one more unusual use for the stimulus payments; an (admittedly small) survey has estimated that nearly 10% of American households have invested in cryptocurrency tokens such as Bitcoin, Ethereum, and Dogecoin during the pandemic.

Bitcoin, the world’s largest cryptocurrency by total value, has been a very profitable investment for some. However, as in all stocks, whether you gain money or lose money depends largely on when you put your money in. For instance, while Bitcoin has increased substantially in value since the beginning of the year, the blockchain cryptocurrency is currently worth less than it was during the third week of March, when most stimulus checks arrived. A $1400 check invested in Bitcoin on March 17 – the day when nearly 90 million direct deposit payments arrived – would today be worth only around $1000.

Your investments might have been better-placed elsewhere. In the same timeframe, a $1400 investment in Ethereum would today be worth over $2500, while an investment in Dogecoin, 2021’s most profitable cryptocurrency, would be worth nearly $12,000 (and would have been worth $17,000 at its peak in early May). All three of these currencies have decreased in value since their peak several weeks ago; Dogecoin has experienced a particularly precipitous fall, from 74 cents per coin to around 40. And while cryptocurrency is not regulated by the government, its profits are taxed, cutting into investors’ bottom lines.

The boom in cryptocurrency has also had one particularly unfortunate side effect. The sudden interest from many Americans largely unfamiliar with cryptocurrency been a bonanza for scammers, who sell unsuspecting customers on phony tokens promising undeliverable returns.

Another popular swindle involves a scammer, impersonating a celebrity, announcing that they would pay back a double payout after receiving Bitcoin from their followers. Once these tokens have been sent, there is no way to recover them. Structurally, this scam is very similar to the “Nigerian prince” advance-fee scams of the early 2000s; it can be done cheaply and easily, and requires little maintenance to continue collecting. Moreover, the payout can be enormous; an FTC report estimated that scammers impersonating Elon Musk had raked in over $2 million in the first months of 2021.

Ultimately, cryptocurrency remains an expanding field, and investments are likely to continue. However, as in all investments, there is implicit risk. Do your research, invest wisely, and prepare for losses.