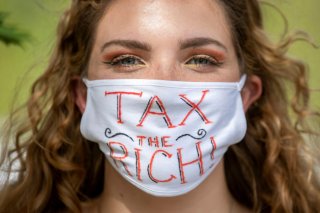 The Internal Revenue Service (IRS) is taking steps to increase its audit rates of high-income taxpayers, according to a statement recently released with the agency’s annual Data Book.

According to CNBC, in recent months, plummeting audit rates among the nation’s wealthy have been drawing more scrutiny from Congress. In response, “percentages have doubled for filers making over $100,000 to more than $10 million over the past seven months,” the business news outlet writes.

“What’s more, audits of higher-income taxpayers often come later in the statutory period—within three years of a filing—meaning audits for 2019 may still happen through at least 2023,” it continues.

The IRS has long stated that resource and funding shortages have limited the agency’s ability to audit high-income individuals, large corporations, and complex business structures.

“Audit rates for taxpayers with incomes of more than $200,000 decreased the most, largely because higher-income audits tend to be more complicated and require auditors to manually review multiple issues,” Ken Corbin, chief taxpayer experience officer at the agency, told the House Oversight Subcommittee last month.

The Congressional Budget Office has reported that compared to 2010, the IRS has about 20,000 fewer employees and 20 percent less funding when adjusted for inflation. Such staffing levels mean that they have remained roughly the same since the 1970s. National Taxpayer Advocate Erin Collins has claimed that since 2010, the IRS’ workforce has contracted by 17 percent, even though its overall workload, which is based on the number of tax filings, has climbed by 19 percent.

In addition, a report from the Treasury Inspector General for Tax Administration showed that the agency was only able to hire 3,660 workers last year, even though 5,473 was the target. In March, the IRS confirmed that it planned to hire 10,000 workers to tackle a massive backlog of twenty-four million unprocessed tax returns and correspondence.

“Without long-term, predictable funding, the IRS will continue to face severe limitations, unable to provide the service taxpayers deserve and need,” IRS Commissioner Charles Rettig wrote in an op-ed published on Yahoo News.

Meanwhile, President Joe Biden has been pushing for an $80 billion investment over the next decade to rebuild the tax agency’s enforcement capabilities, but that ambitious effort has stalled in the Senate.