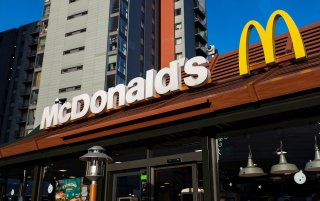 In an “all hands on deck” approach, the IRS has decided to deploy another “surge team” by reassigning seven hundred employees at its processing centers in Utah, Missouri, and Texas. The understaffed agency is also expected to hire a total of 5,000 workers in the coming weeks. It should fill another 5,000 positions next year.

However, as reported by CBS News, the IRS “might struggle to lure workers based on pay alone.” The news outlet noted that annual starting salaries for the IRS range from about $23,000 to $47,000. Non-full-time workers can expect at least $15 an hour.

According to Business Insider’s Juliana Kaplan, The Wall Street Journal was able to speak with several applicants and hiring officials in Ogden, Utah. Agency officials there told the paper that the IRS is indeed competing with big-name companies like Target, Amazon, and McDonald’s for new employees.

“Both Amazon and Target pay at least $15 an hour; according to job postings, the IRS pays a minimum of $15.61 an hour,” Kaplan wrote.

“(The IRS) is competing with McDonald’s tuition benefits, one perk the company started offering as firms competed against one another to hire during staffing shortages,” The Wall Street Journal reported.

It has been well-documented that the IRS has been dealing with acute staffing and budget issues. Compared to 2010, the agency has roughly 20,000 fewer employees and 20 percent less funding when adjusted for inflation, according to the Congressional Budget Office. Such staffing levels mean that they have remained about the same since way back in the 1970s.

“Without long-term, predictable funding, the IRS will continue to face severe limitations, unable to provide the service taxpayers deserve and need,” Rettig wrote in a recent op-ed published on Yahoo News.

A report from the Treasury Inspector General for Tax Administration has said that as of August, the IRS had only reached 67 percent of its staffing goal. The agency hired 3,660 workers last year, even though 5,473 was the target. Pay for “low-grade clerical positions” was among the chief issues.

“These employees can find similar entry-level positions in private industry for higher pay,” the report said.

Despite the continued struggles at the agency, it appears that the processing of this year’s tax returns and the sending out of refunds have gone mostly as planned. The IRS has issued nearly 58 million refunds worth a total of $189 billion. The average refund comes in at $3,263, which is about $350 more than last year’s amount of $2,902.