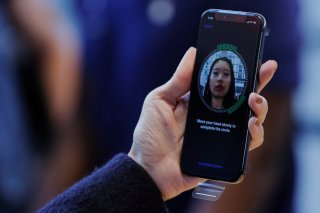 Last November, the Internal Revenue Service (IRS) announced that it was teaming up with a vendor called ID.me to install a new level of security for tax filings. With ID.me’s technology, which was acquired through an $86 million contract, the IRS would require “selfies” to access online accounts.

This led to a major controversy in the opening weeks of 2022 after it was determined that ID.me would be using a “one-to-many” database for authentication. The company had originally claimed that it was using “one-to-one” facial recognition, similar to the technology used by Apple’s iPhone.

However, after confirming to the media last week that it was looking into alternatives, the IRS has announced that the ID.me deal is off.

The agency "will transition away from using a third-party service for facial recognition,” the IRS announced in a press release Monday. The ID.me product will soon be replaced with “an additional authentication process that does not involve facial recognition.”

The change, the agency said, will not interfere with the agency’s ability to collect taxes, or the taxpayers’ ability to file them. Taxpayers, the IRS added, should file their taxes as scheduled.

"The IRS takes taxpayer privacy and security seriously, and we understand the concerns that have been raised," IRS Commissioner Chuck Rettig said in a statement. "Everyone should feel comfortable with how their personal information is secured, and we are quickly pursuing short-term options that do not involve facial recognition.”

The ID.me outcry included a mid-January blog post by respected cybersecurity researcher Brian Krebs that expressed doubt about the new system. The recent controversy was another part of what’s been a challenging year so far for the IRS. Later, Republican senators on the Senate Finance Committee called for a briefing on the ID.me deal to examine how it came to be. Sen. Ron Wyden (D-OR) wrote a letter opposing the deal shortly before the decision was made.

The agency has said that it is understaffed and short of funds due to retirements and budget cuts, warning that refunds could be slow this year.

The IRS has said in recent weeks that it will do the best it can with overtime, surge teams, and other methods to do its job during tax season.

“We are clearly not where we want to be at present. But our employees have been hard at work to develop innovative processes to expedite inventory reductions during the past year,” the IRS said in January. “Despite substantial progress thus far, another challenging filing season is ahead.” The agency also called for a modernization of its tech infrastructure.