IRS Tax Audits of the Superrich Continue to Plunge 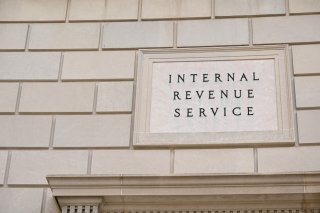 Largely due to resource and funding shortages at the Internal Revenue Service (IRS), the wealthiest Americans are getting audited at a far lower rate than they were more than a decade ago, according to a new report.

According to data from the Government Accountability Office, the audit rate for individuals earning more than $5 million annually fell to just over 2 percent in 2019, compared to over 16 percent in 2010.

The figures suggest that only about one in fifty of the superrich were audited in 2019, compared to one in six in 2010.

“This is yet more evidence of the consequences of two decades of IRS budget cuts,” Howard Gleckman, senior fellow in the Urban-Brookings Tax Policy Center at the Urban Institute, told CNBC.

He added that given the budget and staffing shortages amid the years-long pandemic, “I suspect 2020 was far worse.”

CNBC did note that “the wealthy are still audited at a higher rate than the general taxpayer population. Yet their audit rates have declined at a much higher rate.”

It has been well documented that the IRS has been dealing with acute staffing and budget issues. Compared to 2010, the tax agency has about 20,000 fewer employees and 20 percent less funding when adjusted for inflation, according to the Congressional Budget Office.

Such staffing levels mean that they have remained at roughly the same level since way back in the 1970s.

“Without long-term, predictable funding, the IRS will continue to face severe limitations, unable to provide the service taxpayers deserve and need,” IRS Commissioner Charles Rettig wrote in an op-ed published on Yahoo News.

Furthermore, a report from the Treasury Inspector General for Tax Administration revealed that the IRS was only able to hire 3,660 workers last year, even though 5,473 was the target. Pay for “low-grade clerical positions” was among the top issues. “These employees can find similar entry-level positions in private industry for higher pay,” the report wrote.

In March, the IRS confirmed that it planned to hire 10,000 workers to tackle a backlog of twenty-four million unprocessed tax returns and correspondence.

Last month, Rettig told a House panel that due to funding and staffing issues, “we are forced to make difficult decisions regarding priorities, the types of enforcement actions we employ, and the service we offer.” In addition, National Taxpayer Advocate Erin Collins told the lawmakers that since 2010, the IRS’ workforce has contracted by 17 percent, even though its overall workload, which is based on the number of tax filings, has risen by 19 percent.

Meanwhile, President Joe Biden and most Democrats have been pushing for an $80 billion investment over the next decade to rebuild the IRS’ capabilities, but that House-approved effort has stalled out in the Senate.