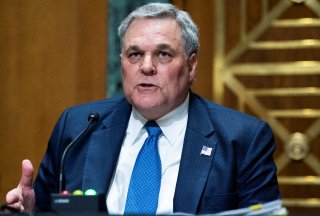 The Internal Revenue Service (IRS) issued a warning this week about common scams, as part of an annual effort it calls the “Dirty Dozen.”

Earlier this week, the agency warned about scams specifically geared towards taking relief money and other aid distributed in relation to the Covid-19 pandemic.

“Scammers continue using the pandemic as a device to scare or confuse potential victims into handing over their hard-earned money or personal information,” IRS Commissioner Chuck Rettig said in the release. “I urge everyone to be leery of suspicious calls, texts, and emails promising benefits that don’t exist.”

The scams can work in a few different ways. They can involve phony applications, fake job offers, and offers to help people get their benefits.

“Caution and awareness are our best lines of defense against these criminals,” Rettig added. “Everyone should verify information on a trusted government website, such as IRS.gov.”

The agency, they said in the release, has finished distributing the Economic Impact Payments, also known as stimulus checks, so offers of new ones are likely not genuine.

Others include “Ghost preparers” and “inflated refunds.”

“Not signing a return is a red flag that the paid preparer may be looking to make a quick profit by promising a big refund or charging fees based on the size of the refund,” the IRS said.

The scams can also come in many ways, from text messages to phishing emails to phone calls.

“If you are surprised or scared by a call or text, it’s likely a scam so proceed with extreme caution,” Rettig, the IRS commissioner, said in the release this week. “I urge everyone to verify a suspicious email or other communication independently of the message in question.”

In testimony before Congress earlier this week, Treasury Secretary Janet Yellen went into detail about how underfunded the IRS is, calling the agency “horrendously under-resourced,” leading to backlogs in dealing with paperwork and delayed tax refunds for many.

" I think it should be very high priority for Congress to give the IRS the resources it needs,” Secretary Yellin said, in an appearance under oath before the Senate Finance Committee Tuesday.

Stephen Silver, a technology writer for The National Interest, is a journalist, essayist and film critic, who is also a contributor to The Philadelphia Inquirer, Philly Voice, Philadelphia Weekly, the Jewish Teflegraphic Agency, Living Life Fearless, Backstage magazine, Broad Street Review and Splice Today. The co-founder of the Philadelphia Film Critics Circle, Stephen lives in suburban Philadelphia with his wife and two sons. Follow him on Twitter at @StephenSilver.