It Can Get Worse? Top Economist Says Inflation Could Reach 9% 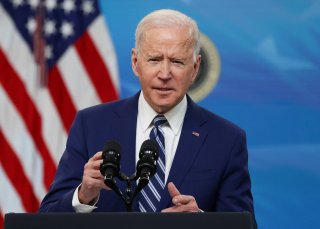 El-Erian, the chief economic adviser at Allianz, has stated that the country’s already red-hot inflation rate could potentially reach a whopping 9 percent in the coming months.

“I think you've got to be very modest about what we know about this inflation process,” he told CBS’ Face the Nation this past weekend. “And I fear that it's still going to get worse. We may well get to 9 percent at this rate,” he continued.

El-Erian’s comments come after the consumer price index (CPI) increased 8.6 percent in May from the same month a year ago, marking its fastest pace since December 1981, according to data the Bureau of Labor Statistics released on Friday. That was also up from April’s CPI reading, which was slightly below the previous forty-year high reached in March.

“We're now in a period of stagflation, meaning lower growth and higher inflation,” explained El-Erian. “The darkest period is that inflation persists, heads to 9 percent, people start worrying that it's gonna go to 10 percent, and next thing, you know, we end up in a recession. And that would be tragic if that were to happen,” he added.

El-Erian, the former CEO of the U.S. bond-fund giant Pimco, also reiterated his criticism of the Federal Reserve. The Federal Reserve “mischaracterized what inflation is and it fell behind,” he said. “What makes this very frustrating is it was partially avoidable. This is going to have enormous economic, social, it hits the poor, particularly hard institutional and political consequences. And most of it could have been avoided, had early actions been taken.”

However, not all experts share El-Erian’s bleak outlook. Moody’s Analytics’ chief economist, Mark Zandi, acknowledged that inflation is painfully high, but he is confident that it will ease by next year.

“The quickly rising prices are due mostly to badly scrambled global supplies resulting from the ongoing pandemic and war in Ukraine, and much will depend on how these two shocks play out,” he wrote in an op-ed on CNN Business. “Yet while predicting the course of events from here is intrepid, there are reasons to be optimistic. I’m confident that inflation will be meaningfully lower by this time next year and back to something we will feel comfortable with not too long thereafter,” he continued.

Later in the op-ed, Zandi admitted that his “optimism does depend on the Federal Reserve getting monetary policy roughly right.”

“That means raising interest rates fast enough and high enough to slow down the strongly growing economy and contain inflation expectations, but not too fast and high to push us into recession,” he said. “This will require some deft policymaking, but so far so good.”