Is it Possible to Live Only on Social Security? 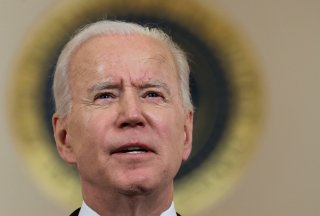 Social Security benefits are intended to help provide for retirement-age Americans after they stop working—and, consequently, lose their main source of income.

This operative word in this sentence is “help”; Social Security payments are not intended today as a substitute for saving money during one’s career. There are many other ways to accrue a nest egg for retirement, including contributions to a Roth IRA or a 401(k) plan. Many Americans, however, have expenses earlier in life, preventing them from putting enough money away during their working years to enjoy a comfortable retirement. Without a nest egg, would Social Security be enough for them?

The answer seems to be yes—although, as with life in general, having more money is better. The average Social Security payment is roughly $1,500 per month, while the poverty line in the United States is roughly $1,000 per month for individuals, with some variation by state. Therefore, it should be possible to live on Social Security without slipping into poverty—and it is even possible to survive below this level, but not very comfortably.

One of the most important ways to survive on Social Security is to try to ensure that your payments are as large as possible. This means that, if possible, a person may wish to wait until age seventy to claim his or her payments, instead of at sixty-six or sixty-seven, the year that full benefits are allowed, or sixty-two, the year that reduced benefits first become available. Waiting until seventy can lead to a thirty percent bonus in how much money is received. In other words, if a person’s payment at age sixty-six would be $1,500 per month, it could be more than $1,900 per month if they were able to wait.

Conversely, to make the Social Security payments go further, it is advisable to try to make expenses as small as possible. Relocating to cheaper areas, decreasing housing costs by sharing with others, and making economical housing and transportation choices all play into cost-cutting. So does budgeting, planning a month’s expenses in advance and refraining from making impulse purchases.

Lastly, it is crucial to pay off various debts—credit card debt, student loans, and other large sources of debt—earlier in life. And it is generally better to stay healthy; older Americans suffer disproportionately more health issues because of their age. While senior citizens are covered by Medicare, having a health emergency can still be quite expensive – so try to remain as healthy as possible.