It's Coming: Economists Say U.S. Is Still Headed for a Recession 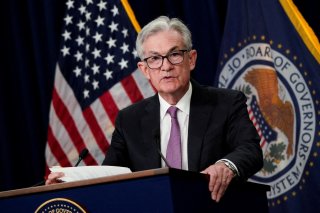 In what could keep alive the hope that a deep recession might be avoided, the Bureau of Economic Analysis reported on Thursday that U.S. economic growth rebounded in the third quarter, according to CNBC.

According to consensus estimates, economists had forecast GDP to rise at an annualized rate of 2.3 percent.

“Overall, while the 2.6 percent rebound in the third quarter more than reversed the decline in the first half of the year, we don’t expect this strength to be sustained,” wrote Paul Ashworth, chief North America economist at Capital Economics, per CNBC.

“Exports will soon fade and domestic demand is getting crushed under the weight of higher interest rates. We expect the economy to enter a mild recession in the first half of next year,” he continued.

Meanwhile, John Leer, chief economist at Morning Consult, said, “real GDP increased in the third quarter, but I don’t expect this growth to continue later this year or early next.”

“Much of the growth in Q3 GDP was driven by an increase in exports, reflecting the global reopening that occurred this past summer, but weak global demand combined with a relatively strong U.S. dollar are likely to significantly limit export growth,” he added.

Despite the relatively positive GDP report, CNBC reported that Goldman Sachs CEO David Solomon and JPMorgan CEO Jamie Dimon still expect the United States to tip into a recession as the Federal Reserve will likely remain hawkish with its monetary policy.

“If they don’t see real changes—labor is still very, very tight, they are obviously just playing with the demand side by tightening—but if they don’t see real changes in behavior, my guess is they will go further,” Solomon said during the Future Initiative Investment conference in Riyadh, Saudi Arabia, on Tuesday, predicting that the Fed will continue hiking rates until they reach 4.5 percent to 4.75 percent before pausing.

“And I think generally when you find yourself in an economic scenario like this where inflation is embedded, it is very hard to get out of it without a real economic slowdown,” he continued.

Dimon struck a similarly pessimistic tone on the outlook for U.S. economic growth.

“Eventually the excess money [American consumers] have is running out,” he said. “That will probably happen sometime mid-year next year, and then we will know more about what is going on with oil and gas prices and that kind of thing, so we will find out.”

According to the latest recession probability models released by Bloomberg economists, a U.S. recession is inevitable within the next twelve months.