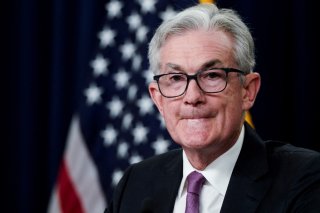 The U.S. economy contracted for the second quarter in a row, raising fears that the nation may be approaching a recession.

The Commerce Department reported Thursday that gross domestic product fell 0.9 percent at an annualized pace for the period. That follows a 1.6 percent decline in the first quarter.

The report pointed to weakness across the U.S. economy, with consumer spending and business investments slowing considerably. Consumer spending increased just 1 percent for the period as inflation accelerated. Inventories also plummeted as businesses slowed the restocking of their shelves.

While two straight quarters of negative growth is often considered a recession, it’s not an official definition. The National Bureau of Economic Research makes that determination and many factors enter into that calculation.

“The back-to-back contraction of GDP will feed the debate about whether the U.S. is in, or soon headed for, a recession,” Sal Guatieri, senior economist at BMO Capital Markets, told the Associated Press.

“The fact that the economy created 2.7 million payrolls in the first half of the year would seem to argue against an official recession call for now,” he continued.

Still, Guatieri noted that “the economy has quickly lost steam in the face of four-decade high inflation, rapidly rising borrowing costs, and a general tightening in financial conditions.”

Similar sentiments were expressed by Mark Zandi, the chief economist at Moody’s Analytics. “We’re not in recession, but it’s clear the economy’s growth is slowing,” he told CNBC. “The economy is close to stall speed, moving forward but barely.”

The report comes at a critical time, as many U.S. consumers and businesses have been struggling under the weight of persistent inflation that reached 9.1 percent last month and higher borrowing costs.

On Wednesday, the Federal Reserve raised its key short-term rate by three-quarters of a percentage point for a second straight month. The unanimously approved rate hike now puts the federal funds rate, which directly impacts what banks charge each other for short-term loans, at a range of 2.25 percent to 2.5 percent, the highest level seen since December 2018.

Fed Chair Jerome Powell and many economists have stated that while the economy is showing signs of weakening, they doubt it’s in a recession.

In its post-meeting statement, the rate-setting Federal Open Market Committee said that “recent indicators of spending and production have softened.”

“Nonetheless, job gains have been robust in recent months, and the unemployment rate has remained low. Inflation remains elevated, reflecting supply and demand imbalances related to the pandemic, higher food and energy prices, and broader price pressures,” the committee continued.

The central bank added that it “anticipates that ongoing increases in the target range will be appropriate.”