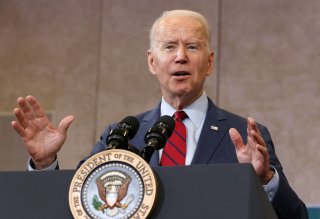 There is little doubting the fact that the three rounds of coronavirus stimulus checks over the past year have helped millions of cash-strapped Americans pay for their basic everyday needs like food, utilities, and rent.

And with the pandemic’s effects still apparent in many parts of the country, there are still calls among some Washington lawmakers and ordinary citizens for another round or two of stimulus funds, as the direct payments from President Joe Biden’s American Rescue Plan are nearly all sent out.

Adding even more fuel to that demand are the new jobless claims numbers from the Labor Department, which reported that first-time filings totaled 411,000 for the week ending June 19, coming in higher than the 380,000 estimate put out by Dow Jones.

In the previous week, there were 418,000 initial claims for unemployment insurance.

The struggles of everyday Americans are being documented each day but there still is a lack of any concrete action in Washington. But that doesn’t mean that another round of stimulus is completely off the table.

During a recent briefing with reporters, White House Press Secretary Jen Psaki said that “[President Biden] is happy to hear from a range of ideas on what would be most effective and what’s most important to the economy moving forward.”

And in a separate briefing, she declared: “We’ll see what members of Congress propose, but those are not free.”

Then there are lawmakers like Rep. Ilhan Omar who are much more straightforward. “A one-time payment of $2,000 is simply not enough,” she stated earlier this year. “The American people are counting on us to deliver transformative change, and we need to meet the moment by delivering monthly payments of $2,000.”

In addition, several members of the influential House Ways and Means Committee have sent off a letter to Biden pressing him to add recurring payments in his highly ambitious American Families Plan.

“The pandemic has served as a stark reminder that families and workers need certainty in a crisis,” they wrote. “They deserve to know they can put food on the table and keep a roof over their heads.”

Recent studies are also pointing to the fact that stimulus checks have helped millions of Americans avoid financial ruin.

“Our analyses thus far have yielded a fairly simple story: throughout the crisis, the level of hardship faced by U.S. households can be directly linked to the federal government’s response,” researchers from a University of Michigan study wrote.

A separate report by the Economic Security Project indicated that more rounds of stimulus could lift millions out of poverty. “Evidence from the last year shows stimulus checks to be the fastest and most impactful investments helping Americans get through this crisis, lifting more people out of poverty than any other single policy,” the researchers wrote.