Joe Biden “Strongly Supports” DC Statehood. But Will It Happen? 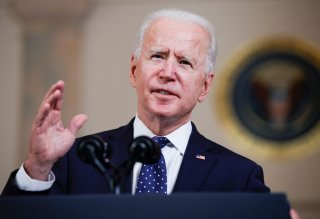 The White House announced its support of DC statehood Tuesday, taking a clear policy position ahead of a House vote scheduled for later this week that would make the District the 51st state.

The bill would reduce the federal district to a two-mile scope that includes the National Mall, monuments, White House and other federal buildings. The rest of the city would become the State of Washington, Douglass Commonwealth, in honor of the abolitionist Frederick Douglass.

“For far too long, the more than 700,000 people of Washington, D.C. have been deprived of full representation in the U.S. Congress,” the Biden administration wrote. “This taxation without representation and denial of self-governance is an affront to the democratic values on which our Nation was founded.”

The administration added, “Establishing the State of Washington, Douglass Commonwealth as the 51st state will make our Union stronger and more just. Washington, D.C. has a robust economy, a rich culture, and a diverse population of Americans from all walks of life who are entitled to full and equal participation in our democracy.”

The statement is the strongest indication yet of the White House’s support for the measure.

The House Oversight and Reform Committee approved the legislation last week in a largely party-line vote. On Tuesday, it was being debated by the House Rules Committee, where lawmakers held discussions over amendments and procedural rules before the full chamber’s vote on Thursday.

The bill is expected to pass in the House in another partisan vote, as all Republicans are expected to reject the bill.

GOP lawmakers continue to argue, however, that Democrats are reaching for a power grab since the area generally leans blue. Republicans also contend that authorizing DC statehood is unconstitutional, as it violates the twenty-third amendment that gives the region electoral votes for presidential elections.

But if the measure reaches the Senate floor, it could face a number of hurdles, since the legislation needs to rally the support from sixty senators to advance and overcome a filibuster in the upper chamber. Democrats currently hold a razor-thin majority in the Senate at 50-50, with Vice President Kamala Harris serving as the tie-breaking vote.

Although it’s unlikely that Democrats will see success in the Senate on making DC the 51st state, Senate Majority Leader Chuck Schumer (D-N.Y.) vowed to bring the issue to the floor.