Joe Biden Is Missing His Shot on Smart Gun Control 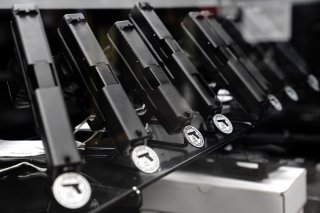