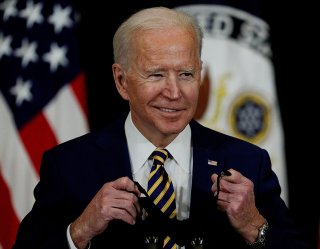 President Joe Biden has made it clear that he’s going to raise taxes for the most wealthy Americans—specifically, those making more than $400,000—while also pledging that Americans earning less than that income threshold “won’t see one single penny in additional federal tax.”

That means 98 percent of households wouldn’t see tax increases under the Biden administration’s tax agenda. The top 2 percent, though, would experience the tax cargo that will help pay for Biden’s expensive policies, like the upcoming infrastructure and climate package.

Although the president has been consistent in his messaging regarding taxing Americans who make more than $400,000, administration officials have lacked specifics in the tax plan. In an analysis conducted by The Washington Post, reporter Glenn Kessler surfaced the confusion behind the tax policy, as administration officials haven’t clarified whether the $400,000 income threshold pertains to individuals or families.

Last week, Biden reiterated his stance during an interview, pushing that “Anybody making more than $400,000 will see a small to a significant tax increase,” which took place after White House press secretary Jen Psaki’s comments saying, “The president remains committed to his pledge from the campaign that nobody making under $400,000 a year will have their taxes increased,” at a news briefing.

But in a later briefing, Kessler pointed out that Psaki offered a different response when a reporter asked, “To clarify, did he mean individuals or households? Because it wasn’t very clear.”

Surprisingly, Psaki said, “Families,” which sounds the alarm for Americans who may have voted for Biden if they thought he would be raising taxes on individuals making more than $400,000, as that response suggests that people making less than the income cap could, in fact, see a tax burden.

“The tax code is so complex that $400,000 can mean all sorts of things,” Wayne Winegarden, a Senior Fellow in Business and Economics at the Pacific Research Institute, said. “For instance, is the filer single, or a married couple? From a straight language perspective, $400,000 means [adjusted gross income] of $400,000. From this interpretation, trying to lower the rate for single filers is breaking the promise not to raise taxes on anyone making less than $400,000.”

The Washington Post’s report looked into several analyses conducted by various think tanks, with all basing studies off the assumption that individuals earning more than $400,000 would face a tax increase.

The Tax Policy Center released an analysis of the tax plan in November that stated, “Biden has clarified that he wants any tax increases to exempt all individual taxpayers with income under $400,000.” The center also noted, “representatives of the campaign reviewed our assumptions and confirmed that most were consistent with Biden’s proposals.”

“We assumed the threshold was for $400,000 for single, head of household, and joint filers,” Gordon Mermin, a principal research associate at the Tax Policy Center, told The Washington Post.

But Biden’s administration officials don’t appear to be fully aligned with these analyses, as Treasury Secretary Janet Yellen even flip-flopped on how the income threshold is defined under Biden’s tax policy during her confirmation hearings.

In Yellen’s answers to questions for the record, she wrote, “[Biden] clarified that the repeal of certain aspects of the tax law would be restricted only to those taxpayers making more than $400,000 a year, with a firm commitment that taxpayers earning less than this amount would not see their taxes increase,” suggesting that the threshold would be per individual taxpayer.

But then later wrote, “President Biden has stated that he will not ask families making under $400,000 per year to pay more in taxes, and will enact more than one-dozen middle class tax cuts that will finally give working families the financial support they deserve.”

And although the jargon seems minimal, this distinction is particularly important, as it’s become a general understanding that Biden would only raise taxes on individuals making more than $400,000. Both Yellen’s and Psaki’s unclear remarks, however, suggest otherwise. If the Biden administration means that “families” that earn more than the income threshold would see an additional tax, then the promise to raise taxes only on the top two percent is fundamentally false.

“From a feasibility perspective, the government cannot raise enough revenue to fund the grand spending desires of the Biden administration and keep its promise of not taxing anyone below the $400,000 threshold. So, breaking this promise seems inevitable,” Winegarden said.