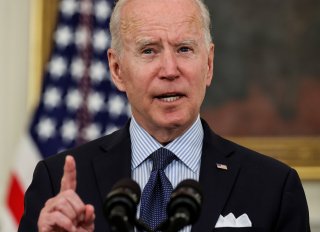 One of the most consequential aspects of President Biden’s American Rescue Plan Act – aside from the $1400 stimulus checks, a Democratic priority since late 2020 – was the increase in the Child Tax Credit, a payment in the form of a tax refund intended to offset the cost of childcare. Before the ARPA was passed, the credit stood at $2000 per child per year; Congress increased it to $3000 for children from the age of six until seventeen, and $3600 for children under the age of six.

Moreover, and significantly for many American families impacted by the COVID-19 pandemic, the ARPA also included a mechanism by which the payment would be made in advance. Instead of simply receiving the funds as a tax rebate in April, the ARPA mandated that the IRS send half of the funds out in advance, in the form of monthly checks from July until December 2021. The other half of the payment is intended as a tax rebate in April 2022.

Consequently, according to the IRS, 88 percent of American families will automatically receive monthly payments from the Child Tax Credit, beginning on July 15. However, if parents prefer to receive the money all at once instead of periodically throughout the year, the IRS has promised to provide a mechanism to receive the payments all at once.

The agency has indicated that it will create two online portals on its website, one for conventional taxpayers and the other for parents who do not usually file federal taxes. Each portal can be used by its target audience to officially opt-out of receiving the monthly checks. The portals can also be used for other interactions with the IRS, such as informing them of any changes in filing status. (For instance, if you have another child and did not report it on your 2020 tax return, you can report it via the portal.)

The portals are slated to be active by July 1. However, a delay is possible, considering the IRS’s existing backlog and its shortage of staffers. (The backlog is overwhelmingly paper; for this reason, the IRS has recommended as many people switch to direct deposit as possible.)

It is important to note that the monthly checks are opt-in rather than opt-out, so it is safe to assume that the vast majority of Americans will receive them month by month. For American families not following the economic debates in Washington, the checks in July, and every month thereafter, will come as a welcome surprise.