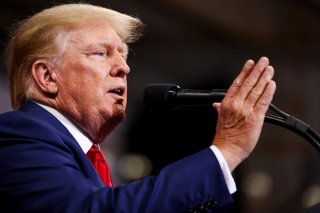 The Justice Department ramping up its criminal investigation into the origins of the January 6 Capitol attack. In recent days, more than thirty individuals associated with former President Donald Trump and alleged efforts to influence the 2020 presidential election results have received grand jury subpoenas, according to a new CBS News report.

The people who were served subpoenas included employees and contractors for the Trump campaign and Republican National Committee, including poll watchers, according to two sources familiar with the matter. The news outlet added that close Trump aide Will Russell received a subpoena by email last week, while the New York Times reported that former White House senior aides Stephen Miller and Brian Jack also received subpoenas.

In a tweet over the past weekend, Amy Kremer, the chair of Women for America First, confirmed that her group was sent a broad subpoena.

Bernard Kerik, a former New York City police commissioner who worked with Rudy Giuliani to find evidence of voter fraud in the 2020 election, received a subpoena for documents and testimony, according to his lawyer.

The CBS News report explained that “the Justice Department is examining how money was raised and spent on alleged attempts to overturn the 2020 election; efforts to submit fake ‘alternate’ electors to Congress from states lost by Trump; and the ‘Stop The Steal’ rally held at the Ellipse, adjacent to White House grounds, on Jan. 6, just before the Capitol riot.”

It also pointed out that the DOJ’s inquiry into the potential mishandling of presidential and classified records discovered at Trump’s Mar-a-Lago estate in Florida is a separate matter.

Virginia-based attorney David A. Warrington, who represents about a dozen clients who have been issued subpoenas, told CBS News that the FBI was “very professional” when serving his clients. He added that the subpoenas require people to provide documents and any communication between themselves and pro-Trump associates like Giuliani, John Eastman, and Sidney Powell. Additionally, the subpoenas demand recipients to provide any communication with dozens of individuals who appeared on slates of fake electors.