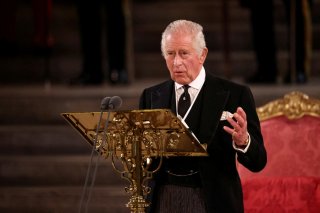 King Charles III pledged to the nation that he will follow Queen Elizabeth II’s “selfless duty” in his first address to both Houses of Parliament as the new king, according to a BBC News report.

The new king said that the Parliament was the “living and breathing instrument of our democracy,” as he spoke in front of roughly 900 members of Parliament and members of the House of Lords.

Speaking at a gilded lectern under the hammer-beam roof of Westminster Hall, King Charles also took time to say that he was “deeply grateful” for the condolences that “so touchingly encompasses” what his “darling late” mother meant to everyone. Queen Elizabeth II died on Thursday at the age of ninety-six.

Sir Lindsay Hoyle, House of Commons speaker, said, “As deep as our grief is, we know yours is deeper.”

He continued: “We know you hold the greatest respect, the precious traditions, the freedoms, and responsibilities of our unique history and our system of parliamentary government. We know that you will bear those responsibilities which fall to you with the fortitude, dignity, demonstrated by her late majesty.”

King Charles responded: “While very young, her late majesty pledged herself to serve her country and her people and to maintain the precious principles of constitutional government which lie at the heart of our nation. This vow she kept with unsurpassed devotion. She set an example of selfless duty which, with God's help and your counsels, I am resolved faithfully to follow.”

Meanwhile, Lord McFall said that the late queen “captured the imagination of peoples across the globe.”

“We remember her commitment, her kindness, her humor, her courage and her fortitude as well as the deep faith which was the anchor in her life,” he continued. “We are proud and humbled to welcome you as king.”

BBC noted that Westminster Hall, constructed in 1097, has played a significant role in British history throughout the centuries.

“I cannot help but feel the weight of history which surrounds us and which reminds us of the vital parliamentary traditions to which members of both houses dedicate yourselves, with such personal commitment for the betterment of us all,” King Charles said.

“Parliament is the living and breathing instrument of our democracy. That your traditions are ancient we see in the construction of this great hall and the reminders of medieval predecessors of the office to which I have been called,” he added.

On Friday, in his first address to the nation as sovereign, King Charles remembered his mother as an “inspiration” who exuded “love, affection, guidance, and understanding” during her seven-decade-long reign.

“Throughout her life, her majesty the queen, my beloved mother, was an inspiration, an example to me and to all my family, and we owe her the most heartfelt debt any family could owe to their mother,” he said during a nearly nine-minute-long pre-recorded televised remarks from Buckingham Palace.