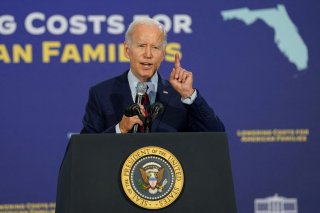 “I’m not sure [I] understand the argument for a windfall profits tax on energy companies,” Summers wrote on Twitter Tuesday morning.

“If you reduce profitability, you will discourage investment which is the opposite of our objective,” he continued.

“If it is a fairness argument, I don’t quite follow the logic since even with the windfalls Exxon has underperformed the overall market over the last 5 years.”

On Monday, Biden slammed oil companies for raking in record profits. Just days before, the world’s largest oil companies reported another quarter of massive earnings. ExxonMobil posted a record profit of $19.7 billion, while Chevron saw $11.2 billion in profits, its second highest on record.

“Their profits are a windfall of war. It’s time for these companies to stop their war profiteering,” Biden said in his speech alongside Treasury Secretary Janet Yellen and Energy Secretary Jennifer Granholm, referring to Russia’s ongoing war in Ukraine, which prompted Western sanctions and reduced oil supply.

“They have a responsibility to act in the interest of their consumers, their community and their country, to invest in America by increasing production and refining capacity. If they don’t, they’re going to pay a higher tax on their excess profits and face other restrictions,” the president continued, stressing that he is “a capitalist” but adding that companies are making “profits so high it’s hard to believe.”

“Increasing taxes on American energy discourages investment in new production, which is the exact opposite of what is needed. American families and businesses are looking to lawmakers for solutions, not campaign rhetoric,” American Petroleum Institute president and CEO Mike Sommers said in a statement.

Fox Business reported that Chet Thompson, CEO and president of the American Fuel and Petrochemical Manufacturers, accused the president of being “more worried about political posturing” ahead of the upcoming midterm elections than “advancing energy policies that will actually deliver for the American people.”

“A windfall profit tax might make for good soundbites, but as policy, it’s bad for consumers,” he continued in a statement. “It’s likely to disincentivize fuel production and make matters worse for drivers.”