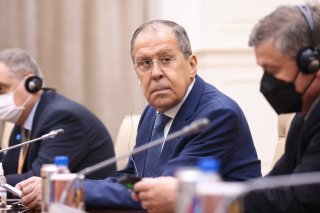 A day after WNBA star Brittney Griner was sentenced to nine and a half years in prison for bringing less than a gram of cannabis oil into Russia, the Kremlin confirmed on Friday that it is now ready to discuss a prisoner swap with the United States in private, according to a new Reuters report.

Russian foreign minister Sergey Lavrov noted that President Vladimir Putin and President Joe Biden had previously agreed on a diplomatic channel that should be utilized to discuss any potential prisoner exchanges.

“We are ready to discuss this topic, but within the framework of the channel that was agreed upon by presidents Putin and Biden,” Lavrov said during a visit to Cambodia.

“If the Americans decide to once again resort to public diplomacy...that is their business and I would even say that it is their problem,” he continued.

Russia has continued to state that if prisoner exchanges were discussed in the media, they would never happen.

“The Americans have already made that mistake, suddenly deciding to use megaphone diplomacy to resolve these issues,” Kremlin spokesman Dmitry Peskov said. “This is not how they are resolved.”

U.S. secretary of state Antony Blinken acknowledged last week that the United States presented a “substantial proposal” to Russia “weeks ago” for Griner and former U.S. Marine Paul Whelan, two Americans who are classified as “wrongfully detained” by the Biden administration.

“I urged Foreign Minister Lavrov to move forward with that proposal,” Blinken said, per the Associated Press. “I can't give you an assessment of whether that is any more or less likely.”

Media outlets have reported that Washington has offered to exchange convicted Russian arms dealer Viktor Bout for Griner and Whelan. More recently, Moscow had tried to add convicted murderer Vadim Krasikov, who is currently imprisoned in Germany, to the proposed swap.

Griner, a Houston native who plays professional basketball for the Phoenix Mercury, was returning to Russia on February 17 for the WNBA’s offseason when she was detained at Sheremetyevo International Airport after the Russian Federal Customs Service claimed to have found vape cartridges containing the marijuana concentrate hashish oil in her luggage.

During her testimony, Griner asserted that she does not know how the cannabis oil for which she had a doctor's prescription ended up in her bag, explaining that she had packed in haste while under great stress. The judge, however, found that Griner had criminal intent and said she was guilty of smuggling and storing illegal drugs. In addition to the jail time, she was fined 1 million rubles, which is roughly $16,500.

“It puts a spotlight on our very significant turn with Russia's legal system and the Russian government's use of wrongful detentions to advance its own agenda using individuals as political pawns,” Blinken said Friday at a meeting with the Association of Southeast Asian Nations in Cambodia.