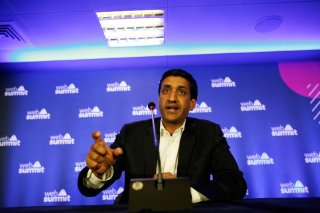 Stubbornly high gas prices—which have been sitting in the $4.20 to $4.30 range for much of the past week—have continued to hurt millions of Americans financially.

Some lawmakers, however, are pressing the federal government to hand out stimulus or rebate checks to help ease the burden of sky-high fuel costs.

According to a new bill proposed by Democratic Reps. Mike Thompson of California, John Larson of Connecticut, and Lauren Underwood of Illinois, households with two children could potentially be given as much as $300 per month as long as the nation’s average gas price stays above $4 a gallon.

These checks would “provide middle-class Americans with monthly payments to ease the financial burden of this global crisis,” Thompson said in a statement.

Per CBS News, the bill is known as the Gas Rebate Act, and it aims to provide a monthly energy rebate of $100 per person.

“That refund would kick in for the rest of 2022 as long as the national average gas price topped $4 a gallon during any given month,” the news outlet wrote.

“Both joint and single tax filers would receive $100 each, while each dependent would also receive $100 each. In other words, a family with two kids could receive up to $300 a month in rebate checks,” it continued, adding that there would be similar income thresholds seen in previous government-issued stimulus checks.

Other Proposals in Works

Another proposal—spearheaded by Democratic Rep. Ro Khanna of California and Democratic Sen. Sheldon Whitehouse of Rhode Island—is looking to provide a quarterly rebate to Americans based on a tax levied on oil and gas companies.

“As Russia's invasion of Ukraine sends gas prices soaring, fossil fuel companies are raking in record profits,” Khanna said in a statement. “These companies have made billions and used the profits to enrich their own shareholders while average Americans are hurting at the pump.”

Senators Bernie Sanders of Vermont, Elizabeth Warren of Massachusetts, Michael Bennet of Colorado, and Sherrod Brown of Ohio are the bill’s co-sponsors.

One other proposal—pitched by Rep. Peter DeFazio of Oregon—is seeking to create a rebate that would be based on oil company profits.

“My legislation would tax Big Oil's excess profits in 2022 and return the revenue back to Americans,” DeFazio said in a statement, adding that a report from Accountable.us discovered that the biggest oil and gas companies earned a record $205 billion in profits last year.

However, per CBS News, “it’s unclear how much Americans would receive because the plan is based on taxing this year’s profits from oil and gas companies.”