Majority of Americans Want to See These Social Security Reforms 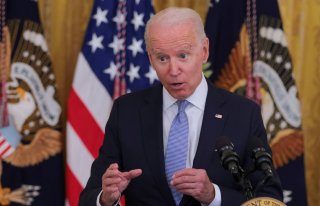 It’s no secret that in recent years, Social Security benefits are being relied on more heavily than ever to fund a comfortable decades-long retirement for millions of American seniors.

And in the ongoing effort to improve the government program going forward, a recent survey conducted by Nationwide, along with the Harris Poll, has shed light on what particular reforms are needed the most.

On Track With Inflation

In just a few months, the Social Security’s cost of living adjustment (COLA) for next year is expected to receive a major boost. According to the Senior Citizens League, a nonpartisan senior group, that much-needed increase could come in the form of a massive 6.2 percent cost-of-living adjustment, which would be the highest registered in nearly forty years.

Although this may seem like great news for most seniors, the SSA has been notoriously behind in giving timely raises to the payouts—as the benefits have lost an estimated thirty percent of their value over the past two decades.

Most do believe that COLA should be raised annually but a majority also feel that the boosts in payments should only target low- and middle-income households.

The poll also showed that the majority of seniors are in favor of taxing the wealthy to better fund the Social Security program. The SSA, however, needs to walk a fine line tackling this issue, according to a financial expert on Motley Fool.

“Right now, taxes are directly linked to benefits. Workers pay taxes on income up to a certain limit (called the wage base limit), and their benefits are based on their average taxed wages in their thirty-five highest-earning years,” she writes.

“While higher earners don’t pay taxes on wages above the limit, those wages also don’t result in larger retirement benefits for them. If retirees were taxed more without a corresponding increase in benefits, this would fundamentally change Social Security from an entitlement program and could erode its broad support,” she continues.

Another issue that has gained more attention in recent years is the talk of privatizing a part of Social Security benefits, which would allow working Americans to keep more of their earned money to invest for retirement without any government assistance.

However, “past attempts at privatization have not been popular and there’s a risk people would mismanage the money and end up with too little retirement income to live on,” the expert notes.

Ethen Kim Lieser is a Washington state-based Science and Tech Editor who has held posts at Google, The Korea Herald, Lincoln Journal Star, AsianWeek, and Arirang TV. Follow or contact him on LinkedIn