Make Sure to Rethink Filing for Social Security at 62 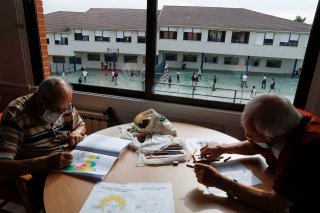 For millions of Americans who decide to leave the workforce each year and enter retirement, there is little doubting the fact that every single dollar counts.

That is why many personal financial planners and experts try to pound into the minds of retirees that it is indeed ultra-important to understand when is the best time to start collecting Social Security benefits.

Chris Hobart, of Hobart Wealth Management, is noticing that he is seeing an uptick in people filing for the benefits at age sixty-two, the earliest age one can do so.

“When we look at the general population, we are seeing a lot of people take it at sixty-two, early, because oftentimes, people want to retire early,” Hobart told WCNC.

“This gives them cash flow early,” he added. “Maybe they have poor health and they don’t think they are going to be here long, then it’s beneficial to take it early.”

This may be true, but some financial experts also point out that if a person delays filing as long as possible, then they will generally be on track to receive much larger monthly checks.

Just how much? According to the Social Security Administration (SSA), for those individuals who need to start collecting the benefits at age sixty-two, the maximum amount will be $2,364 in 2022. But if one has the financial resources to wait till age seventy to file, he or she would be eligible for the absolute maximum amount—which currently comes in at an impressive $4,194.

“Workers planning for their retirement should be aware that retirement benefits depend on age at retirement. If a worker begins receiving benefits before his/her normal (or full) retirement age, the worker will receive a reduced benefit. A worker can choose to retire as early as age sixty-two, but doing so may result in a reduction of as much as 30 percent,” according to the SSA’s website.

“Starting to receive benefits after normal retirement age may result in larger benefits,” the website states. “With delayed retirement credits, a person can receive his or her largest benefit by retiring at age seventy.”

For example, as pointed out by The Motley Fool, for those who are expecting a $1,563 monthly payout—which is currently the average benefit amount—the actual checks could be closer to $1,094 at sixty-two.

“That’s a substantial reduction, and if you’re not planning on it, it could make a material difference in what you'll be able to afford during retirement,” the financial website states.

“Social Security is designed to play a part in—but not be the only source of funding for—your retirement, according to the website. “When considering whether sixty-two is the right age for you to claim benefits, be sure to look at your total financial picture before committing. You just might find that waiting a bit could end up being a better overall choice.”