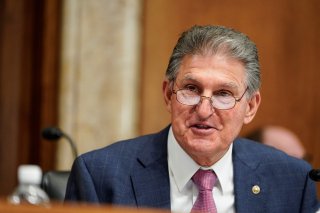 Sen. Susan Collins (R-ME) and Sen. Joe Manchin (D-WV) joined forces on Wednesday to push for the modernization of the 135-year-old Electoral Count Act, which former President Donald Trump and his allies exploited in an effort to overturn his 2020 election loss, ABC News has reported.

That nineteenth-century law became a primary focus of Trump’s scheme to remain in power as he pressured Republican lawmakers and then-Vice President Mike Pence to reject votes for Joe Biden from certain states during the joint session of Congress on January 6, 2021.

“We were all there on January 6—that happened, that was for real,” Manchin said in his testimony before the Senate Rules and Administration Committee.

“It was not a visit from friends back home. We have a duty and responsibility to make sure it never happens again,” he continued.

Meanwhile, Collins told the panel that “it took the violent breach of the Capitol on January 6 to really shine a spotlight on how urgent the need for reform was.”

“In four out of the past six presidential elections, the Electoral Count Act’s process for counting electoral votes has been abused with frivolous objections being raised by members of both parties,” she added.

After months of negotiation with a group of sixteen senators, Collins and Manchin introduced the legislation late last month that would modernize the Electoral Count Act. The bill would enshrine the vice president’s “ministerial” role, rendering that individual powerless to alter the electoral count, raise the number of congressional objectors required to challenge a state's results to 20 percent in both chambers, and dictate what would occur if an alternate slate of electors is presented to Congress. Additionally, the legislation seeks to stop any state from sending a false slate of electors, which was part of a plan by Trump’s allies in 2020.

“It unambiguously clarifies that the vice president … is prohibited from interfering with electoral votes,” Manchin said.

Furthermore, another measure aims to double the penalty under federal law—from one year to two years—for individuals who threaten or intimidate election officials, poll watchers, voters, or candidates.

“From the beginning, our bipartisan group has shared a vision of drafting legislation to fix the flaws of the archaic and ambiguous Electoral Count Act of 1887,” the sixteen senators said in a joint statement.

“Through numerous meetings and debates among our colleagues as well as conversations with a wide variety of election experts and legal scholars, we have developed legislation that establishes clear guidelines for our system of certifying and counting electoral votes for President and Vice President. We urge our colleagues in both parties to support these simple, commonsense reforms,” they concluded.