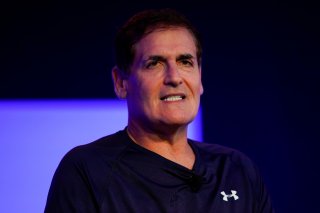 “We don’t want this being a perennial problem. It has to be fixed,” he said in an email to Insider earlier this week.

“As far as how much should be forgiven, I’m good with the [President Joe] Biden proposal,” he continued.

“That’s the same money that, when you graduated, you used to move out of the house or you went out and spent money that improved the economy and helped companies grow,” Cuban, whose Mavericks are currently battling the Golden State Warriors in the Western Conference Finals, said at the time.

He has also expressed concerns that colleges and universities charge “ridiculous tuition fees.” Per Insider, Cuban said in 2015 that forgiving student debt was “the worst thing you can do,” adding that “all it does is bail out the universities.”

The three senators have been leading the effort to cancel $50,000 of student loan debt per borrower. Biden, however, has indicated that he likely won’t go over $10,000 per borrower and that there is a possibility that individuals making more than $125,000 a year would be ineligible.

“I want to see the maximum amount of debt relief possible,” Warren told reporters. “Fifty thousand dollars would give immediate relief to tens of millions of families.”

The Biden administration last month announced that it would make a decision on student loan forgiveness before the latest freeze on student debt payments expires on August 31.

In response, Sen. Mitt Romney (R-UT) and several of his Republican colleagues have introduced a bill called the Student Loan Accountability Act, which would prohibit the Biden administration from broadly canceling student loan debt.

“It makes no sense for the Biden Administration to cancel nearly $2 trillion in student loan debt,” Romney noted in a release.

This decision would not only be unfair to those who already repaid their loans or decided to pursue alternative education paths, but it would be wildly inflationary at a time of already historic inflation,” he added.

Ben Bernanke, a former chair of the Federal Reserve, has also come out against Biden’s apparent willingness to forgive student loan debt.

“It would be very unfair to eliminate,” Bernanke, who served in the Fed from 2006 to 2014, told the New York Times. “Many of the people who have large amounts of student debt are professionals who are going to go on and make lots of money in their lifetime. So why would we be favoring them over somebody who didn't go to college, for example?”