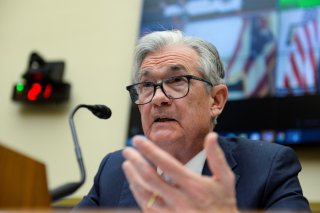 Financial markets appear to be bracing for the Federal Reserve at Jackson Hole, Wyoming, on Friday to reaffirm its commitment to tame inflation despite fast-rising recession concerns, according to a Reuters report.

“Caution and fear are the theme for the markets,” Steven Englander, head of global G10 FX research and North America macro strategy at Standard Chartered in New York, told the news agency.

“If [Fed Chairman Jerome] Powell says something hawkish and if you buy equities or emerging market currencies, you'll lose 3 percent before you can blink your eye. So nobody is buying risk right now in the run-up to Jackson Hole,” he continued.

Late last month, the central bank raised its key short-term rate by three-quarters of a percentage point for a second consecutive month. The unanimously approved rate hike put the federal funds rate at a range of 2.25 percent to 2.5 percent, the highest level seen since December 2018.

Largely due to this concerning economic backdrop, current rate futures pricing could be too conservative.

“It’s safe to assume one of Powell’s objectives will be to communicate that there remains work to be done to combat inflation and the hiking cycle isn’t nearing its end,” said BMO Capital Markets strategists Ian Lyngen and Ben Jeffery, per MarketWatch.

According to CNBC, the futures market is hinting that a three-quarter point hike is more likely at the upcoming September meeting. Meanwhile, a recent Reuters poll of economists is suggesting a fifty-basis point increase next month. The Fed is targeting a terminal rate of 3.50 percent to 3.75 percent by the first quarter of 2023.

“The challenge for Powell is going to be the tone he adopts. I think he came across as slightly too dovish, not hawkish enough in July,” David Page, head of macroeconomic research at AXA Investment Managers, told the business news outlet.

“I think he wants to avoid that now, with markets expecting him to be relatively hawkish. ... It’s a very difficult game. It’s a game of expectations. ... It becomes a fine tune issue,” he added.

Meantime, economist Derek Tang of Monetary Policy Analytics in Washington said in a note that “we still think September will be seventy-five instead of fifty,” followed by a downshift to twenty-five basis points in November.