Medicare For All Is Back. Will Joe Biden Try to Get it Passed? 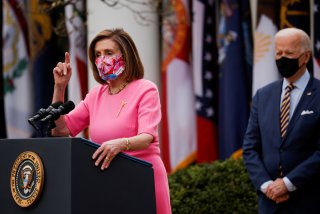 A group of House Democrats on Wednesday reopened their push to enact Medicare For All, citing the impact of the coronavirus pandemic as a reason to repair the “broken, for-profit health care system” under current law.

“While this devastating pandemic is shining a bright light on our broken, for-profit health care system, we were already leaving nearly half of all adults under the age of 65 uninsured or underinsured before COVID-19 hit,” Rep. Pramila Jayapal (D-Wash.) said in a statement. “There is a solution to this health crisis—a popular one that guarantees health care to every person as a human right and finally puts people over profits and care over corporations. That solution is Medicare for All—everyone in, nobody out—and I am proud to introduce it today alongside a powerful movement across America.”

Jayapal was joined by Rep. Debbie Dingell (D-Mich.) in leading the reintroduction of Medicare For All, as well as their 109 co-sponsors, representing more than fifty percent of the Democratic caucus. The group referred to coronavirus data that disproportionately affected low-income families in the United States who didn’t have strong health coverage and that millions of Americans lost their job-associated health insurance as companies and businesses closed during the pandemic.

The legislation would transition the United States to a single-payer model that would guarantee government-run health care to every American with no out-of-pocket expenses. Critics argue, however, that universal health coverage would cripple the quality of care in the country and boost wait times for doctor’s visits.

Experts said that the program could cost as much as $34 trillion over the next ten years.

But President Joe Biden is an ardent opponent to Medicare For All, as he broke with his 2020 Democratic presidential primary competition over their stances on the single-payer health care system. Instead, Biden has advocated for the creation of a public option that’s available to all Americans under the Affordable Care Act but also allows people to opt-out of the program and stick with privately-held insurance.

Joseph Antos, the Wilson H. Taylor resident scholar in health care and retirement policy at the American Enterprise Institute, said that the legislation will not become law, “at least not under Biden. Public option is more likely to be seriously considered, although I doubt that that will be enacted given the many problems it would cause on the exchanges.”

The progressive initiative to pressure Biden to consider Medicare For All indicates a looming party battle for the president, as more moderate Democrats and independents have said they’d prefer to preserve the private health insurance system, while far-Left lawmakers are pushing for a completely government-run option, a policy that Republicans widely reject. As a “unity” president, this poses a slew of hurdles for Biden when he decides to propose his own ideas to Congress.

“President Biden has repeatedly expressed that he is committed to pushing for greater access to affordable health care. The Medicare for All proposal is a huge leap towards that end,” Dr. Peter Shin, an associate professor of health policy at George Washington University’s Milken Institute School of Public Health, said. “It’s still too early to tell how much political capital he will wager but remember the concept had a lot of momentum pre-pandemic and it's possible, as more public awareness grows, the pressure will build for him to throw more weight behind it.”

Shin added, “Usually you can tell where proposals are headed. But the pandemic makes everything that was once impossible to consider highly possible.”

But despite the ideological challenges Biden may face in the future when he surfaces his health policy plans, it’s likely that Medicare For All will hit a brick wall in negotiations.

“Since Biden rejected [Medicare For All] in the campaign and hasn't deviated, one more meaningless bill that won't get out of the House can't put pressure on him to change his position,” Antos said.

North Korea: 'Rabid Dog' Joe Biden Should Be Hit 'With a Stick'