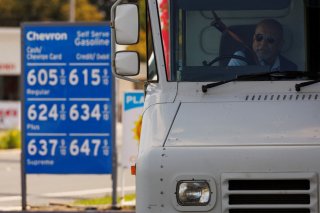 Lawmakers in California appear unlikely to suspend the annual summer increase in the state’s gas tax ahead of the May 1 deadline, according to Gov. Gavin Newsom’s office.

As reported by Fox Business, the governor had previously expressed support to delay the implementation of the 5.6 percent tax hike scheduled to take effect on July 1. The state’s Legislative Analyst’s Office has projected that the tax—which is used to fund roads and other infrastructure projects—will generate approximately $8.8 billion in revenue during the 2021-22 fiscal year.

Currently, California—which has the nation’s highest gas price at $5.68 a gallon, according to AAA data—charges more than 51 cents in tax per gallon.

“It s clear now that the Legislature will not act in time to provide that immediate, limited relief, but we look forward to working with lawmakers on the Governor’s proposal for direct payments to Californians wrestling with rising prices,” a spokesperson in Newsom’s office said, per KGTV in San Diego, California.

“Helping offset the impact of inflation on California residents remains a top priority for the Governor, and his revised budget will include proposals to help Californians keep pace with rising costs. The sooner we can move this package through the legislative process, the sooner we can deliver needed relief to Californians,” he continued.

“Republicans have been calling for a one-year suspension of the 51.1-cent tax per gallon tax for over a year—a simple solution that would have provided immediate financial relief for California’s drivers,” they added. “Sadly, it is business as usual in Sacramento, and consumers are again at the short end of the stick.”

For weeks, Newsom’s office and most Democrats have also floated the possibility of a $400 rebate in the form of a debit card heading out to every vehicle owner in the state. The refunds would include $400 for each registered vehicle, up to two, that a state resident owns. That means that eligible individuals could potentially receive up to $800 in total from the state to help offset the elevated gas prices.

Newsom’s office has also proposed offering sizeable grants—up to $750 million—to make public transit free to the public for up to three months.

“We’re taking immediate action to get money directly into the pockets of Californians who are facing higher gas prices as a direct result of [Russian president Vladimir] Putin’s invasion of Ukraine,” Newsom said in a statement.