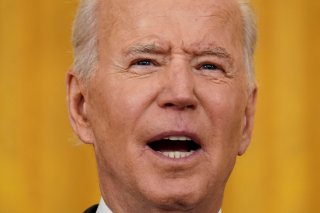 The federal government has made tens of billions of dollars in federal emergency rental assistance available to struggling Americans—but only 11 percent of that aid has actually been distributed, the Associated Press reported Wednesday. The News organization cited Treasury Department figures in the report.

“Even with these improvements, many grantees need to do more to urgently accelerate efforts to prevent harmful evictions of vulnerable families,” a Treasury announcement said. “To help grantees continue to expedite assistance, today Treasury is announcing additional policies—including measures to reduce processing delays by providing even more explicit permission for grantees to rely on applicant’s self-attestations without further documentation.”

Programs have distributed $5.1 billion in order to “support the housing stability of vulnerable renters,” out of the $25 billion that was first allocated, as part of the initial round of payments, according to the Treasury Department.

The pace of the payments, however, has been stepped up over time.

“Since January, state and local programs have made about 1 million payments benefitting households at risk of eviction,” according to the Treasury Department report. “In July alone, more than 340,000 households received nearly $1.7 billion in rental and utilities assistance, a roughly 15% increase in households served compared to June, and more than double the number of households served in May. The latest data also demonstrates that ERA funds reached the lowest income tenants, with more than 60 percent of households served falling at or below 30 percent of area median income.”

The payments, however, are having some success in those who need them most.

“The latest data also demonstrates that ERA funds reached the lowest income tenants, with more than 60 percent of households served falling at or below 30 percent of area median income,” the report stated. “Many programs have shown an ability to aid vulnerable households quickly, with 70 state and local agencies having expended more than half of their ERA1 allocation assistance to eligible households by the end of July. However, too many grantees have yet to demonstrate sufficient progress in getting assistance to struggling tenants and landlords.”

The Biden administration at the start of August extended the government’s year-long eviction moratorium after it briefly expired on August 1. The moratorium is scheduled to remain in place through October. More than six million renters owed back rent around the country, as of the beginning of August.

“One of the biggest challenges many state and local government programs continue to face in getting assistance to renters and landlords is application processing delays,” according to the report. According to public dashboards, hundreds of thousands of applications are in the pipeline beyond those that have already been paid.”

Congress had approved more than $46 billion in assistance earlier this year.