Nearly Half of Voters Approve of Trump Mar-a-Lago Search 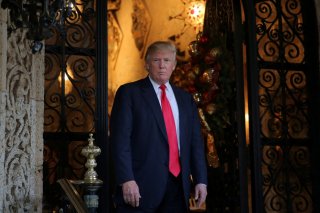 A new poll released by Morning Consult-Politico has revealed that nearly half of registered voters approve of the FBI’s execution of a search warrant at former President Donald Trump’s Mar-a-Lago estate in Palm Beach, Florida.

The survey, conducted on August 10 with more than 2,000 adults participating, found that 49 percent of voters approve of the search, with 37 percent saying that they disapprove of the FBI’s actions. Meanwhile, 39 percent of respondents said the search was conducted mostly to damage Trump’s political career.

Trump, however, still led President Joe Biden among the poll’s respondents on whether they should run for president in 2024. Nearly 40 percent said Trump should run again, while 28 percent said Biden should seek a second term.

Meanwhile, Trump on Friday denied a new report from the Washington Post that said FBI agents were searching for classified documents related to nuclear weapons, among other items.

“Nuclear weapons is a hoax, just like Russia, Russia, Russia was a hoax,” Trump wrote on his Truth Social platform, referring to then-special counsel Robert Mueller's investigation into the Trump campaign’s ties to Russia.

Late Thursday night, Trump also stated that he wouldn’t oppose the release of classified documents related to the FBI search.

“Not only will I not oppose the release of documents related to the unAmerican, unwarranted, and unnecessary raid and break-in of my home in Palm Beach, Florida, Mar-a-Lago, I am going a step further by ENCOURAGING the immediate release of those documents, even though they have been drawn up by radical left Democrats and possible future political opponents, who have a strong and powerful vested interest in attacking me, much as they have done for the last 6 years,” he added.

Trump’s posts came hours after Magistrate Judge Bruce Reinhart wrote an order on the Department of Justice’s motion to unseal the warrant and property receipt.

During a press conference on Thursday, Attorney General Merrick Garland admitted that he “personally approved the decision to seek a search warrant in this matter.”