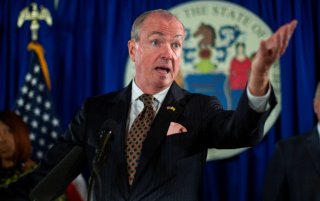 The expanded federal child tax credit from the American Rescue Plan Act may have expired at the end of 2021, but some states are making moves towards enacting their own versions of the credit. A proposal for such a credit recently passed one of the houses of the state legislature in Vermont.

According to NJBiz, progressive groups in New Jersey are also calling for “a state-run $100 million child tax credit program they say could move New Jersey families out of poverty and get many of them meaningfully into the workforce.”

The group leading the charge is a think tank called New Jersey Policy Perspective, which says that such a credit “would recognize the unique costs of raising children and help families set their kids up for success.”

“A state-level child tax credit would recognize the unique costs of raising children and the support that most families need to care for their kids and set them up for success,” Peter Chen of the New Jersey Policy Perspective said on the group’s website on Tuesday. “When families can pay for basic expenses and save for their children’s futures, it improves child well-being immediately by reducing key costs like food and rent, makes it more likely for children to reach their full potential, and reduces societal costs created by child poverty later in life.”

The organization introduced a pair of proposals, one a “young child tax credit” and the other an “all ages child tax credit,” although each would cost about $100 million. Either way, the federal expanded tax credit from 2021 would function as a “blueprint” for the proposal.

“There are a number of families just a little bit shy of meeting certain needs, including child care,” Renee Koubiadis, the program director for New Jersey Citizen Action’s Anti-Poverty Network, said at a press conference this week, as reported by NJBiz.

When asked by NJBiz, New Jersey gov. Phil Murphy and New Jersey’s legislative leaders did not comment on the proposal.

The federal child tax credit expired at the end of last year. A new report earlier this week from the Center on Poverty & Social Policy at Columbia University found that in January, the first month without the credit, there were 3.7 million more children in poverty in the United States. The same center had reported last year that child poverty had been significantly reduced by the expanded child tax credit once it went into place in mid-2021. However, there appears to be little momentum in Congress to revive the credit at the federal level.