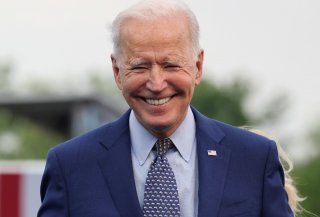 The American Rescue Plan, passed by Congress back in March, included some payments beyond the $1,400 checks that have been rolling out in recent weeks. The legislation also mandated an expanded child tax credit, which would include payments that would begin in July.

Now, we know when those payments will begin arriving.

The Treasury Department announced Monday that the first payments from the expanded Child Tax Credit (CTC) will go out on July 15. They will continue going out on the 15th of each month, unless the 15th falls on a weekend or holiday.

The payments, starting on that, will go out to about 39 million households, consisting 88 percent of children in the country. Most people will not have to do anything in order to receive the payments.

“Eligible families will receive a payment of up to $300 per month for each child under age 6 and up to $250 per month for each child age 6 and above,” the Treasury press release said. “The American Rescue Plan increased the maximum Child Tax Credit in 2021 to $3,600 for children under the age of 6 and to $3,000 per child for children between ages 6 and 17. The American Rescue Plan is projected to lift more than five million children out of poverty this year, cutting child poverty by more than half.”

Per The Washington Post, which cited a call with reporters and the administration, reported that about 80 percent of those who receive the checks will get them by direct deposit.

“With two parents, two kids, that’s $7,200 in the pockets you’re getting to help take care of your family,” President Biden told Congress back in April. “And that will help more than 65 million children and help cut childcare poverty in half, and we can afford it.”

The announcement comes as it appears the distribution of $1,400 stimulus checks from the American Rescue Plan is nearing its end. The latest round of payments, the ninth, consisted of 960,000 payments, totaling over $1.8 billion.

More than half of those payments, Treasury said, went to “eligible individuals for whom the IRS previously did not have information to issue an Economic Impact Payment but who recently filed a tax return.” Another 460,000 went out as “plus-up payments.”

“The IRS will continue to make Economic Impact Payments on a weekly basis,” the IRS said in the announcement of the latest round. "Ongoing payments will be sent to eligible individuals for whom the IRS previously did not have information to issue a payment but who recently filed a tax return, as well to people who qualify for ‘plus-up' payments.”