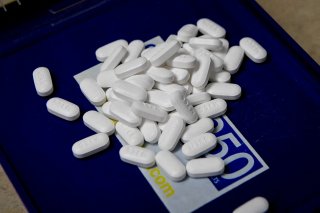 There have been some signs that the new government benefits during the pandemic, including the expanded child tax credit and the three rounds of stimulus checks, have led to increased drug addiction and overdoses.

Dave Yost, Ohio’s attorney general, released a study last week that claimed to show that the first round of stimulus checks in 2020 fueled an increase in opioid deaths in Ohio. The study also alleged that getting the new money led some Americans to use it to buy drugs.

"The link between pandemic relief money and opioid overdose deaths is now evident. The intent was to help Americans navigate this deadly pandemic, but it also fueled a tidal wave of overdoses,” Yost said in a release about the study. However, the findings of the study have been seriously disputed by some experts.

And shortly after Sen. Joe Manchin (D-WV) announced his opposition to the Build Back Better framework in December, HuffPost reported that Manchin had told colleagues that he was worried about the stimulus funds being spent on drugs.

Now, a new study from the Duke University journal Demography disputes the view that increasing government benefits lead to opioid deaths. However, the study is focused on standard unemployment insurance and mostly cites data from before the start of the pandemic.

“The present study leverages two sources of variation—county mass layoffs and changes in the generosity of state unemployment insurance benefits—to investigate if unemployment benefits moderate the relationship between job loss and county opioid overdose death rates,” the abstract of the study says. The report, which is titled “Unemployment Insurance and Opioid Overdose Mortality in the United States,” is authored by Pinghui Wu and Michael Evangelist.

The study also notes that despite much interest, little research has been done on the impact of income support, or lack thereof, on outcomes when it comes to opioid deaths.

“That structural explanations for the opioid epidemic dominate public and scholarly discourse is a notable shift in tone from earlier eras when individualistic models of drug addiction and abuse prevailed. Structural explanations are consistent with the social determinants of health perspective, which emphasizes the importance of social and economic conditions in shaping health outcomes and disparities.”