New Study Reveals Need for Another Round of Stimulus Checks 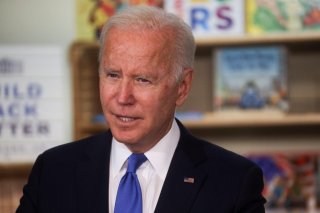 The ongoing coronavirus pandemic certainly has negatively affected the finances of tens of millions of Americans.

With this in mind—and even after the issuance of three previous stimulus checks—a new study conducted by Capital One Insight Center has revealed that the financial fallout related to the pandemic is far from over.

And one of the best ways to take care of such issues is to quickly approve another round or two of direct stimulus payments.

According to the financial company’s new data, per the Motley Fool, “Americans across all income levels saw a reduction of income or their income disappeared entirely in spring of 2020 during the early parts of the pandemic. In fact, between 32 percent to 36 percent of Americans reported they had less or no income.”

It continues: “A year later, however, only half of the number of middle and high earners who initially saw an income decrease report they’re still earning less money than they did pre-pandemic. Lower-income earners, on the other hand, have seen relatively little improvement with most still bringing in less wages than before the pandemic began. … More than half of all lower earners also report being less secure in their jobs as of August 2021 than before the pandemic began. And a quarter of lower earners also reported missing a rent payment or paying their rent late in August of 2021 and 13 percent feared that they would be evicted from their homes.”

Currently, one of the more passionate calls for another round of stimulus checks is being orchestrated by a highly popular Change.org petition, which is closing in on three million signatures.

“I’m calling on Congress to support families with a $2,000 payment for adults and a $1,000 payment for kids immediately, and continuing regular checks for the duration of the crisis. Otherwise, laid-off workers, furloughed workers, the self-employed, and workers dealing with reduced hours will struggle to pay their rent or put food on the table,” says the petition, which was launched by a Colorado restaurant owner amid the ongoing pandemic.

“Our country is still deeply struggling. The recovery hasn’t reached many Americans—the true unemployment rate for low-wage workers is estimated at over 20 percent and many people face large debts from last year for things like utilities, rent, and child care,” it continues.

Not to be outdone, the Senior Citizens League, a nonpartisan senior group, has launched a separate petition that is urging Congress to quickly approve another round of stimulus checks that would send out $1,400 payments to only Social Security program beneficiaries.

“Unless lawmakers change course and provide more direct payments … it is likely that the unequal recovery will continue to leave many of the most vulnerable families behind,” The Motley Fool writes.