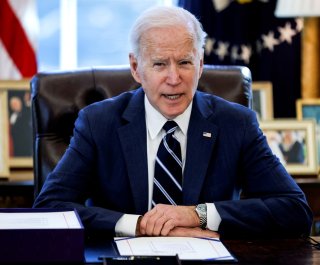 The expanded child tax credit, which was enacted as part of the American Rescue Plan Act in March of 2021, paid for monthly direct payments to most American families throughout the second half of last year. The enactment of the credit immediately caused a reduction in child poverty in the United States, although that reduction was undone once the credit expired at the end of 2021, according to data released last month by the Center on Poverty and Social Policy at Columbia University.

Now, a new study shows that the child tax credit, if it was made permanent, would produce a nearly tenfold return on investment.

The study is a working paper by the National Bureau of Economic Research, titled “The Benefits and Costs of a U.S. Child Allowance.”

“We produce core estimates of the benefits and costs per child and per adult of increasing household income by $1,000 in one year; these can be applied to value any cash or near-cash program that increases household income,” the abstract of the report says. The seven authors of the report come from Barnard College, Columbia University, and the Open Sky Policy Institute.

“Using microsimulation, we then apply these estimates to determine net aggregate benefits of three child allowance policies, including the expanded Child Tax Credit as enacted for the year 2021 in the American Rescue Plan (ARP). Our estimates indicate that making that expansion permanent would cost $97 billion per year and generate social benefits with net present value of $982 billion per year.”

The report also looked at two other child allowance policies, concluding that all three would “produce very high net returns for the U.S. population.”

It’s been reported that Sen. Sherrod Brown (D-OH), an architect of the child tax credit in the American Rescue Plan, has been negotiating with Sen. Mitt Romney (R-UT), who proposed a child allowance last year, although it’s unclear whether there is a path to pass a bill in Congress.

Meanwhile, some states have been passing their own stimulus checks and child tax credits, albeit at much smaller amounts than the federal version, and not everyone is eligible.