No Miracle: Why the May U.S. Jobs Report Is Not As Good as You Think 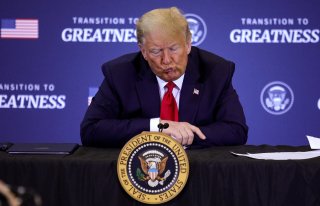 May’s jobs report seems to have shocked everyone. It carried the news that new hiring in the private economy jumped more than 3.0 million from April, bringing the numbers employed to 111.7 million, still well down from before the lockdowns and quarantines but a striking gain nonetheless. The Labor Department reported that the number of unemployed fell some 2.0 million in May and that unemployment fell to 13.3 percent of the workforce, down from 14.7 percent in April, still an uncomfortably high figure compared to earlier in the year but remarkable progress nonetheless.

Placed in the context of other available information – unemployment insurance claims, for instance, and the rise in bankruptcies -- this report clearly overstates how much gain the economy made in May.  Doubtless, these Labor Department jobs figures will see attendant revisions in the coming weeks. But even accepting that the statistics after revision will be less striking, the picture offered by May’s jobs report is still encouraging. If the revised figures ultimately look half as strong as those just reported, they would still make it clear that the economy has avoided the threat of a more lasting downsizing and is therefore capable of restarting relatively quickly.

It is not hard to see how any single month of this data could exaggerate. Both the unemployment and the hiring figures come out of surveys that the Labor Department does in the middle of each month. Anyone who has followed the inaccuracies of polls and surveys over the years should understand how their results could grossly misstate reality. For that reason alone, these job figures have over the years undergone sometimes-huge revisions as more information comes to light. In this particular case, expectations of improvement were muted because last month’s survey was conducted before any significant re-openings occurred, even in rural areas. Perceptions were also haunted by suspicions that the April report had understated the degree of job losses imposed by the lockdown and quarantines and that the underlying unemployment rate was closer to 20 percent than the 14.7 percent figure reported for April. Some have suggested that perhaps the hiring was stronger than expected because firms called back workers to qualify under the rules of the Payroll Protection Program (PPP).  If that was in fact the case, then the legislation did its job of keeping people on payrolls.

Chief among reasons to question this report is the ongoing news on unemployment insurance claims. Over the weeks since the lockdowns and quarantines began, more than 40 million Americans have applied for these benefits, even before Washington’s CARES Act increased the amount unemployment insurance pays. Even as the Labor Department conducted its May surveys, new claims were running at over 2.0 million a week. To be sure, some who made earlier claims may have found jobs in the interim, but certainly not enough to square with the assertion made in this recent jobs report that the number of unemployed people in the country actually fell more than 2.0 million between April and May.

Also raising questions about this depiction of reality is the fact that bankruptcies have risen sharply, each imposing a loss of jobs. According to the American Bankruptcy Institute, filings for April were more than 25 percent above April a year ago. No statistics are yet available for May, but since the lockdowns and quarantines prevailed in most places for most of the month, bankruptcies are unlikely to have shown much improvement and may well have gotten worse. Though there is no direct link between these business failures and the figures offered by the Labor Department, the job destruction implied by the rise in bankruptcies suggests that things perhaps are not improving as rapidly as the May jobs report suggests.

Having questioned the degree of improvement suggested by this report, it is worth noting that even diluted by these other considerations the Labor Department has delivered encouraging economic news. If the specifics are questionable, the substance still says that business has resisted the temptation to begin the kind of downsizing that would have imposed a need for a long-term economic rebuilding before the nation could recover its former levels of prosperity. It says instead that business seems to have largely bridged the ill effects of the lockdowns and quarantines allowing it to restart promptly and recover earlier levels of prosperity quickly.