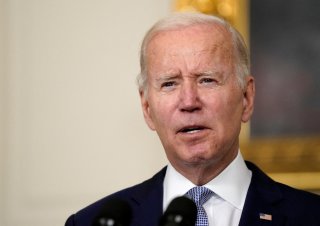 Despite the Commerce Department reporting on Thursday that the U.S. economy contracted for the second quarter in a row, the Biden administration argued that the nation has not tipped into a recession.

Gross domestic product (GDP) fell 0.9 percent at an annualized pace for the period. That follows a 1.6 percent decline in the first quarter. While two straight quarters of negative growth is often considered a recession, it is not an official definition. The National Bureau of Economic Research makes that determination based on multiple factors.

According to CNBC, President Joe Biden appeared in public twice Thursday and contended that the current low unemployment rates, combined with new investments in manufacturing, make it highly unlikely that the U.S. economy is in a recession.

“Let me just give you what the facts are in terms of the state of the economy,” Biden said. “Number one, we have a record job market, and record unemployment of 3.6 percent, and businesses are investing in America at record rates.”

The president later added, “that doesn’t sound like a recession to me.”

Later in the day, during a roundtable event with five chief executives of major companies, Biden noted that “there’s gonna be a lot of chatter today on Wall Street and among pundits about whether we are in a recession.”

“But if you look at our job market, consumer spending, business investment, we see signs of economic progress in the second quarter as well,” he continued.

Meanwhile, per Fox Business, on Thursday Treasury Secretary Janet Yellen also suggested that the U.S. economy is not in a recession despite the GDP slump.

Most economists define a true recession as involving a “broad-based weakening of the economy,” including substantial job losses, business closures, and a decline in private sector activities.

But “that is not what we’re seeing right now. When you look at the economy, job creation is continuing, household finances remain strong, consumers are spending, and businesses are growing,” she said during a press conference.

“This is a very unusual situation where we have a slowdown, but the labor market remains very tight. We could see some mild easing of pressures in the labor market yet continue to feel we've got a good strong labor market that's operating in full employment,” she continued.

Yellen reiterated her concern that inflation remains too high and that bringing it down is a top priority for the Biden administration.