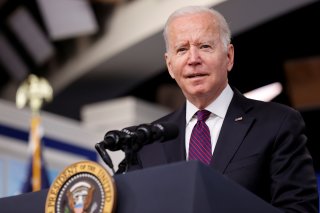 Over the course of the past several months, dozens of studies and surveys have noted that the new and expanded child tax credit payments have fed the nation’s hungriest families and lifted millions of children out of poverty.

Do take note that it was President Joe Biden’s $1.9 trillion American Rescue Plan, passed last March, that enabled the federal government to give eligible parents as much as $3,600 per year for a child under the age of six and up to $3,000 for children between ages six and seventeen. This all means that a $250 or a $300 payment for each child has been direct deposited each month since July.

With these enhanced payments set to expire at year’s end, millions of families currently benefiting from the program are hoping that Democrats can gain the passage of the most recent version of their $1.75 trillion social and climate plan because it would extend the monthly checks through the year 2022.

“(The) legislation would ensure that families continue to get a significantly expanded child tax credit via monthly payments through 2022; and it would permanently make the full credit available to children in families with low or no earnings in a year, locking in substantial expected reductions in child poverty,” according to the Center on Budget and Policy Priorities.

“The expanded credit benefits roughly nine in ten children across the country, and already data show signs of success. The vast majority of parents with low incomes are spending their child tax credit payments on basic needs such as food, housing, utility bills, and education, which can help give their children a stronger start in life,” according to the center.

By making the enhanced credits available for families with low or no earnings, the center believes they are “expected to generate historic reductions in child poverty compared to what it would have been otherwise.” Before the passage of the American Rescue Plan, “twenty-seven million children in families with low or no income in a year received less than the full credit or no credit at all. Full refundability ensures that children in these families get the same amount of the child tax credit as children in families with higher incomes. This provision is the main driver of the credit expansion’s child poverty reductions.”

A separate study released by Gregory Acs, vice president for income and benefits policy at the Urban Institute, and Kevin Werner, a research analyst in the income and benefits policy center at the think tank, contended that continuing the enhanced credits beyond this year has the potential to cut child poverty to 8.4 percent from 14.2 percent—representing a sizeable 40 percent drop.

“Making these changes permanent would decrease child poverty 50 percent or more in eleven states. . . . (It would) also transform the CTC into one of the most effective tools for reducing child poverty in the U.S.,” according to the study.