One State's Essential Workers Could Get $2,000 Stimulus Checks 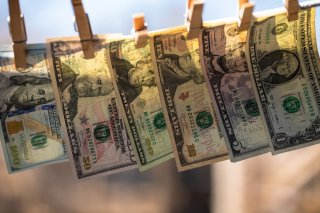 Essential workers in Oregon could receive state-level stimulus checks of up to $2,000 as part of the Democratic effort to repurpose unused coronavirus relief funds from the federal government.

Labor leaders and Democratic lawmakers in Oregon introduced a bill that would send $2,000 to qualifying essential workers in the state who stayed employed during the pandemic and a separate $1,200 back-to-work incentive payment to Oregonians who return to work in the fall.

The initiative would cost roughly $450 million and come from the $2.6 billion allotment the state received from President Joe Biden’s $1.9 trillion rescue package, which allows states to use some of the money toward rewarding essential workers for staying on the job during the pandemic and encouraging people to return back to work.

“Legislators are prioritizing bills that help communities impacted by the pandemic. Essential workers are the people hit hardest,” Ben Morris, a spokesman for SEIU, a union representing state employees, told OregonLive. “So we are hopeful that the essential worker pay proposal will be among the bills that get prioritized.”

Oregonian frontline workers eligible for the $1,200 check are those who were unemployed but have rejoined the workforce for at least one month by Oct. 15.

Among the jobs that qualify to receive the state-level stimulus payment include workers in health care, law enforcement, education, agriculture, food, energy, transportation, defense, and hygiene products and services.

The proposal will likely face an uphill battle, as Oregon lawmakers are hammering out the state’s budget priorities with just weeks left of the current legislative session. Several Democratic lawmakers, however, have indicated that they would stand behind the measure.

The bill also comes as governors in six states have ignited back-to-work efforts that would send residents cash payments amid a seething labor shortage across the country as the economy reopens.

Economists have noted several factors that could be preventing people from returning back to work including the fear of contracting COVID-19 and the lack of child care as remote school instruction in some parts of the U.S. still continues.

“These factors interact with unemployment insurance, which can allow workers to take longer to rethink their careers, try to find jobs in new industries and negotiate for higher wages—but can also slow employment growth and prolong long-term unemployment,” Harvard University economists Jason Furman and Wilson Powell III wrote in an article for the Peterson Institute for International Economics.