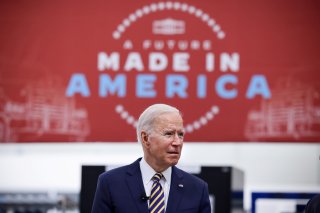 In the first week of September, the coronavirus-era federal unemployment benefits are scheduled to expire, ending cash payments to an estimated 7.5 million unemployed Americans.

Financial experts have raised eyebrows at the nature of the expiration. The United States has issued temporary unemployment benefits during economic downturns in the past, but these benefits were cut off once most of their prior recipients had found employment.

Around 4.2 million workers will still be receiving the Pandemic Unemployment Assistance program, intended for workers who do not qualify for other unemployment programs, such as gig workers, when it expires, according to a study by the Century Foundation, a progressive think tank. The study shows that another 3.3 million will still be receiving the more conventional Pandemic Emergency Unemployment Compensation (PEUC) benefits. Together, these benefits have supplied an extra $300 per week to affected workers, sometimes in addition to state benefits.

An additional 4 million workers stopped receiving federal unemployment benefits over the summer, as twenty-six states, arguing (against many leading economists) that unemployment payments had a negative impact on workers’ willingness to work, voluntarily ended their benefits early. Several of these states converted the money from unemployment benefits into hiring bonuses; others paid bonuses to teachers, police, and emergency workers for their service during the pandemic.

In previous economic downturns, federal unemployment benefits were usually cut off after most workers had found jobs and voluntarily left. For instance, in 2013, 1.3 million workers remained on the Emergency Unemployment Compensation roll before its expiration.

The Century Foundation criticized the disproportionate impact that ending federal unemployment benefits would have on Black workers, whose unemployment rate, at 8.2 percent, remains considerably higher than the national average (5.4 percent) and the white unemployment rate (4.8 percent).

The first federal unemployment benefits of the pandemic were approved by President Donald Trump in March 2020 as part of the CARES Act and were originally scheduled to expire in September of that year. The Trump administration extended the benefits twice, in September and again in December, and Biden extended them a third time once he entered office. A fourth extension is unlikely to occur, although Senate Finance Committee Chair Ron Wyden (D-OR) told Insider that he supported one.

Although millions of Americans remain unemployed, the economy as a whole has continued to improve. The unemployment rate, which briefly reached 14 percent at the onset of the pandemic, fell to 5.4 percent in July, still considerably higher than it was at the beginning of 2020 but much more in line with a conventional year.