A Plan to Save Social Security Gets Its Day in Congress 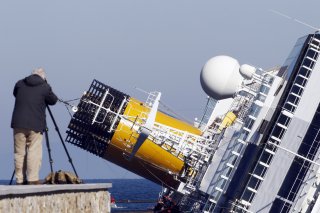 There has been a lot in the news in recent months about Social Security being in trouble. At the end of August, the Social Security Administration announced that its main trust fund will run out in 2033, a year earlier than previously thought. The toll of the coronavirus was blamed for the expected early dissipation, which can likely only be avoided if Congress does something about it.

This week, Congress finally took the first step towards doing something about it.

Rep. John Larson, (D-Conn.), chair of the Social Security Subcommittee in the House, has been pushing a plan for several years called Social Security 2100: A Sacred Trust, which would mark Congress’ first major action on Social Security since the 1980s. This year’s version of the plan is co-sponsored, on the Senate side by Sen. Richard Blumenthal (D-Conn) while it has nearly two hundred cosponsors, all of them Democrats.

The latest version of Larson’s plan had a hearing before Congress this week, in Larson’s House Ways and Means Social Security Subcommittee, according to CNBC. Several other hearings for versions of the proposal had been held since Larson got the gavel in 2019, but this one followed the news of the trust fund running out earlier than thought.

The version of the bill in this Congress is called Social Security 2100: A Sacred Trust, which according to CNBC is a nod to language President Biden has used in reference to Social Security. The president has not endorsed the bill and its sponsors are clearly hoping to earn his favor.

“I’m very confident that they understand and support what we’re doing,” Larson told CNBC in reference to the bill, which he also said hopes will make it to the floor of the House by spring.

The 2021 version of the bill would offer a benefit bump for current and new beneficiaries while switching from the current cost-of-living adjustment (COLA) formula to the CPI-E formula.

Also, the new minimum benefit will be 25 percent above the poverty line, while requiring “millionaires and billionaires to pay the same rate [as] everyone else,” with taxes raised on higher-wage earners.

Under the proposal, the depletion date will be pushed back several years from the current one to 2038, while giving Congress more time to find a more permanent solution to shoring up the trust funds.

The CNBC report added that it’s unlikely from the hearing that the Social Security 2100 bill will garner much support from the Republican side of the aisle. Some Republicans, however, called for a bipartisan solution to the problem of Social Security possibly running out.