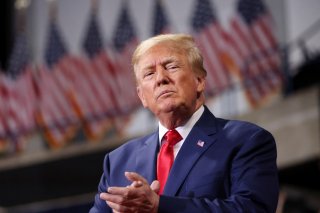 A majority of Americans see former President Donald Trump’s “Make America Great Again” (MAGA) movement as a threat to democracy, according to a new Reuters/Ipsos poll released on Wednesday.

The two-day survey was conducted online with the participation of roughly 1,000 adults and found that 58 percent of respondents said that Trump’s movement is threatening America’s democratic foundations. About one in four Republicans shared such sentiments.

The poll further revealed that 60 percent of Republicans don't think Trump's MAGA movement represents the majority of the party.

Last week in Pennsylvania, President Joe Biden urged voters in the upcoming midterm elections to reject Trump and extremism. He contended that the “extreme ideology” of Trump and his supporters “threatens the very foundation of our republic.”

“Too much of what’s happening in our country today is not normal,” the president said. “There’s no question that the Republican Party today is dominated by Donald Trump and the MAGA Republicans.”

“I do think anyone who calls for the use of violence, fails to condemn violence when it’s used, refuses to acknowledge when an election has been won, insists on changing the way in which the rules to count votes, that is a threat to democracy,” he continued, adding that when people voted for Trump, “they weren’t voting for attacking the Capitol. They weren’t voting for overruling the election. They were voting for a philosophy he put forward.”

Then earlier this week in Milwaukee, Wisconsin, Biden asserted that “not every Republican is a MAGA Republican.”

“Not every Republican embraces that extreme ideology. I know because I've been able to work with mainstream Republicans my whole career,” he said.

“But the extreme-minded Republicans in Congress have chosen to go backwards, full of anger, violence, hate and division, but together we can and we must choose a different path,” he added.

The Reuters/Ipsos poll showed that 59 percent of respondents said that Biden's speech will further divide the country. About half of those polled admitted that they didn't watch or follow the speech at all.

Meanwhile, despite recent legislative victories, Biden's approval ratings still remain relatively low. Only about 40 percent of respondents said that they approve of Biden's job performance, a similar rating that was seen during Trump’s presidency.