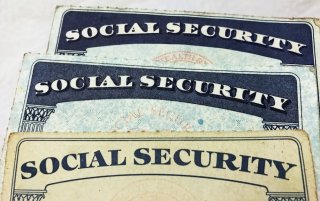 One of the top concerns of Americans both young and old is whether Social Security will even be around in the decades ahead.

A recent report from the TransAmerica Center for Retirement Studies said that a whopping 73 percent of workers indicated that they agreed with this statement: “I am concerned that when I am ready to retire, Social Security will not be there for me.”

But is this worry misplaced? The 2021 Social Security Trustees report said that by 2034, retirees will start receiving a reduced benefit if Congress doesn’t rectify the long-standing funding issues for the social program.

What this means is that Social Security benefits will still exist twelve years from now, but beneficiaries will only see about 78 percent of the full benefit amount. That would be a painful blow to millions of struggling seniors.

“No major Social Security legislation has been passed at all since the early 1980s,” Alicia H. Munnell, director of the Center of Retirement Research at Boston College, told CNBC. “And so we do have this event coming up that forces Congress either to do something, or most people’s benefits are going to be cut by (nearly) 25 percent.”

The Social Security Administration is expected to begin drawing down its reserves in the next decade as a decreasing number of workers will be paying into the program. This is largely due to a decline in the nation’s birth rate after the baby boom period.

“People are having fewer children and because the birth rate is declining you just have fewer workers paying for beneficiaries,” Kathleen Romig, a senior policy analyst at the Center on Budget and Policy Priorities, told CNBC.

Romig said that unless there is a real policy change initiated by the federal government, retirees will likely get smaller or even fewer Social Security checks each year.

However, the AARP reported that the Social Security program will likely remain solvent for the foreseeable future.

“As long as workers and employers pay payroll taxes, Social Security will not run out of money,” Andy Markowitz wrote for the AARP last week. “It’s a pay-as-you-go system: Revenue coming in from FICA (Federal Insurance Contributions Act) and SECA (Self-Employed Contributions Act) taxes largely cover the benefits going out.

“Social Security does face funding challenges. … (but) to avoid that outcome, Congress would need to take steps to shore up Social Security’s finances, as it did in 1983.”